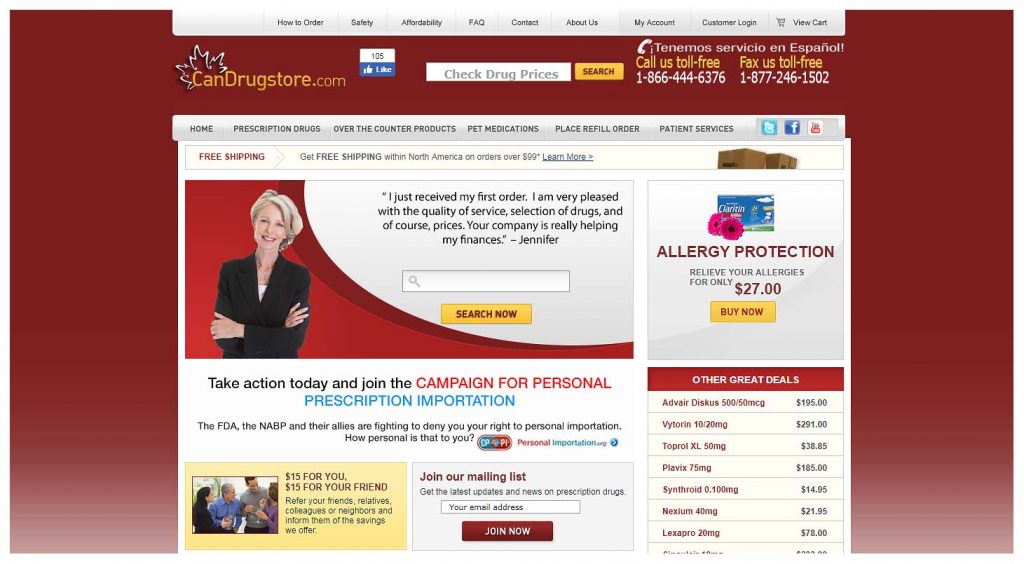 Candrugstore.com gives the appearance of a genuine online pharmacy based in Canada. Many rogue online pharmacies claim to be located in Canada, is this a real one? Candrugstore claims to offer customers brand name medication at discounts of up to 50% compared to Medicare costs. They can offer even bigger savings by selling generic versions of well-known brands, dispensed from places in the world where medicine costs are significantly cheaper. They also have pet medications and medical supplies for sale in their store. In this Candrugstore.com review, you will find out if this online pharmacy is really as good as it might first appear.

The name of the real-world pharmacy is found on the bottom of most of the pages of the site. Also included is the name of the pharmacy manager and pharmacy license details. The address given does seem to be a real address of a pharmacy. However, when checking with the Canadian government it appears to be licensed as a warehouse, rather than a store.

This is not the sort of information you normally find with scam pharmacy stores and would seem to be a legit Canadian business.

The domain name was registered in 2002 and has been run by the same company since then. Scam pharmacies typically are far more short-lived than this. The owners of the site have chosen to hide their contact information, which does seem odd when they have their address on the site itself. 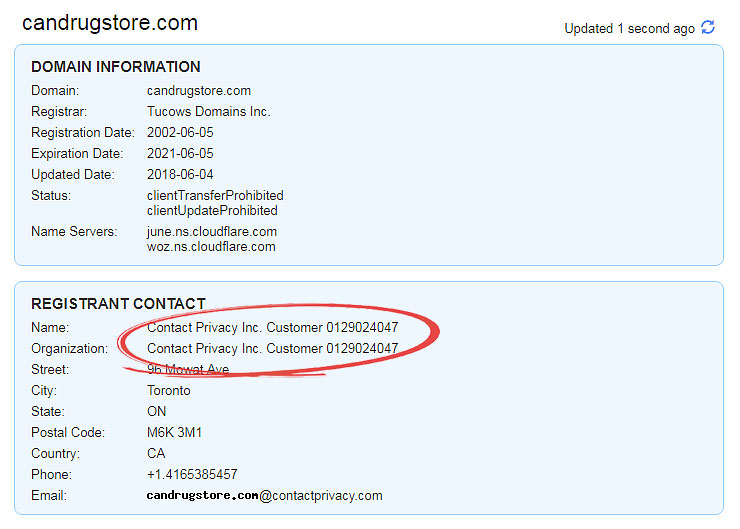 The site is displaying three seals from associations to promote trust in the business. Often these seals can be used fraudulently to make people believe in the trustworthiness of the pharmacy when it isn’t justified.

The first seal is from the International Pharmacy Association of British Columbia. Candrugstore.com is a genuine member of this association. It means that the company also operates a real-world pharmacy as well as the online store,

Candrugstore.com is one of the 60+ websites which have been authorized to use the CIPA seal as an active member of the association. This means they have to dispense pills via a licensed pharmacy and keep customer medical and personal data secure.

The use of the PharmacyChecker.com seal is also genuine as they are featured on the site. This means that they have had their pharmacy licenses checked, that they carefully deal with customer information and require prescriptions where appropriate.

However, when checking the status of the store with LegitScript it comes back as unapproved. This means that the site doesn’t meet the standards for verification. This doesn’t necessarily mean the pharmacy is trying to scam you, as fake sites will normally give you a rogue warning. 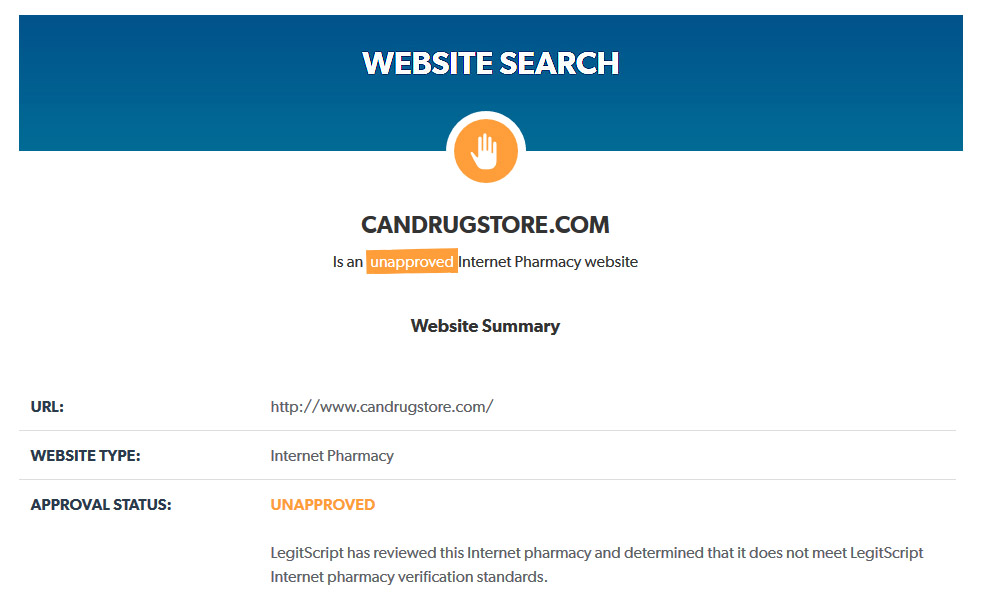 The testimonials found on this site appear to be genuine and seem to be from real people. There is something wrong with the testimonials though. For the most part, the people giving the reviews don’t sound like they are actually customers of the site, just potential customers.

Although the testimonials are seemingly just a snippet of what was written, it’s clear that they aren’t written by customers. Most of the Candrugstore.com reviews don’t make any mention of pills purchased or of receiving their delivery successfully.

This seems rather odd. It could be that most of these reviews have come from people which have been incentivized to write these comments. There are a few comments which appear to be from actual customers which haven’t been prompted to write positive comments, however. 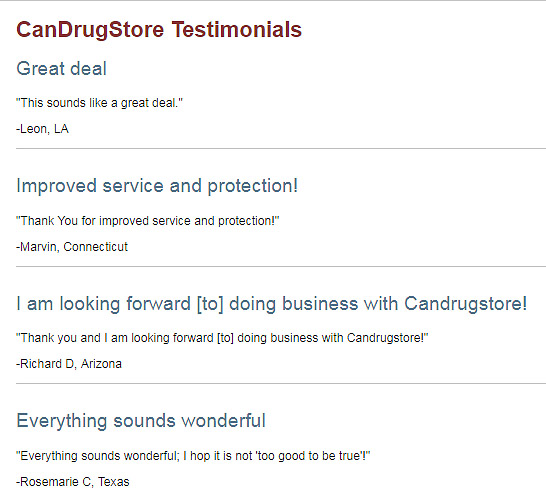 Candrugstore.com has many things to recommend it. It has regulatory approvals from CIPA, IPABC and PharmacyChecker. It is a business with a genuine address in Canada and seems to be properly licensed. The website has been running since 2002 and the cost of drugs isn’t so low as to cause worry for the quality of the pills.

The drugs they sell are dispensed not only from Canada, they affiliate with multiple pharmacies around the world. Though they claim these pharmacies are properly approved in their respective countries, I doubt the regulations in Mauritius, Turkey or India are at quite the same standard as in Canada.

The problems with customer testimonials, which for the most part aren’t actually customers, and the unapproved status with LegitScript.com are cause for concern. Add to that the hidden domain information and you can see why we have given Candrugstore 3-stars out of 5.