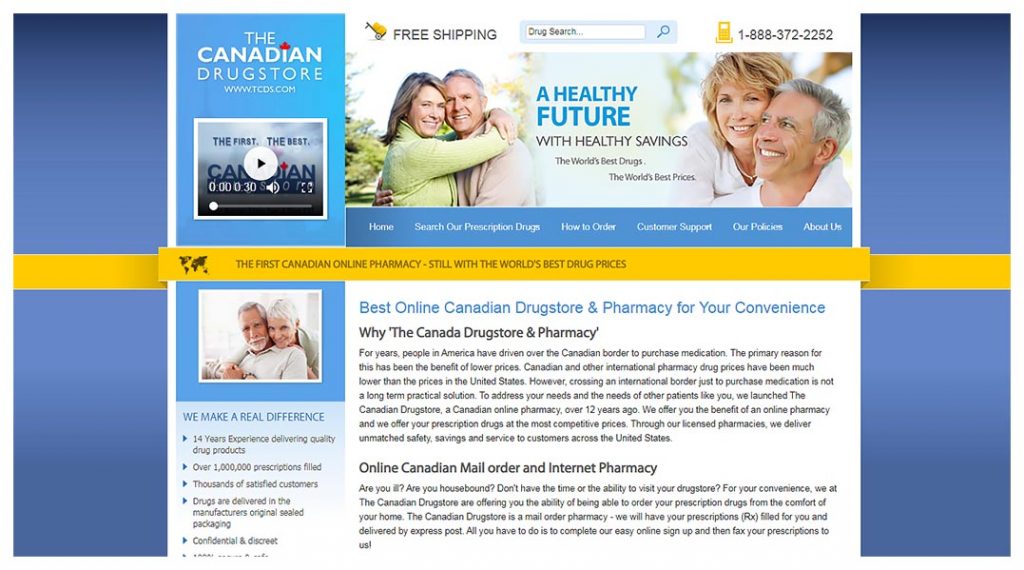 TCDS.com claims to be the first Canadian online pharmacy to provide drugs to Americans in the year 2000. They also claim to have the best drug prices in the world. Are they still the best online Canadian pharmacy? Our investigation delves into the background of this company to find out.

The Canadian Drugstore (TCDS) requires prescriptions to purchase both brand name and generic medications. They sell pills covering a wide range of ailments and promise big savings over US prices. 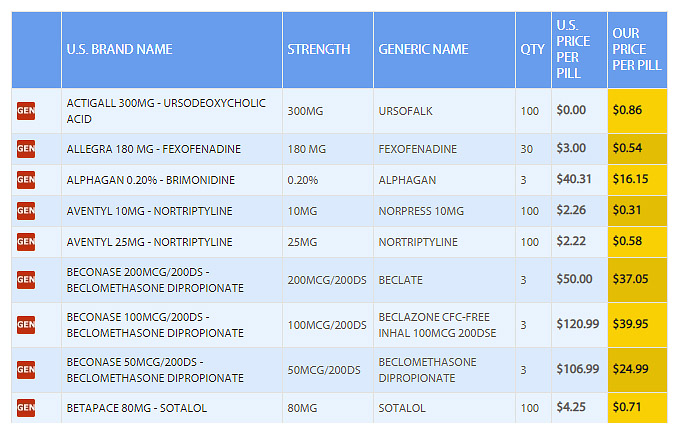 They market their store by emphasizing their online history of running the pharmacy in 2000. They claim they have filled over 1 million prescriptions since then, and have thousands of happy customers. They even have a video on the site which appears to be a commercial from at least ten years ago, advertising The Canadian Drugstore. This all suggests that the site was very legit at one point, but is that still the case?

It is good for online pharmacies to gain accreditation from the appropriate regulatory associations. This helps you as the consumer, know that they have certain standards and procedures in place to make sure you get the medicine you need without problems. The Canadian Drugstore has no accreditation.

They have been a member of PharmacyChecker.com in the past, but this has lapsed. Pharmacy Checker requires that they have a registered pharmacy dispensing drugs in Canada. They no longer have a Canadian dispensing pharmacy named on the site, as they have in the past.

A check with LegitScript shows them as having an unapproved status after being reviewed. This could be a lot worse, but it could be much better too and could indicate a scam website. 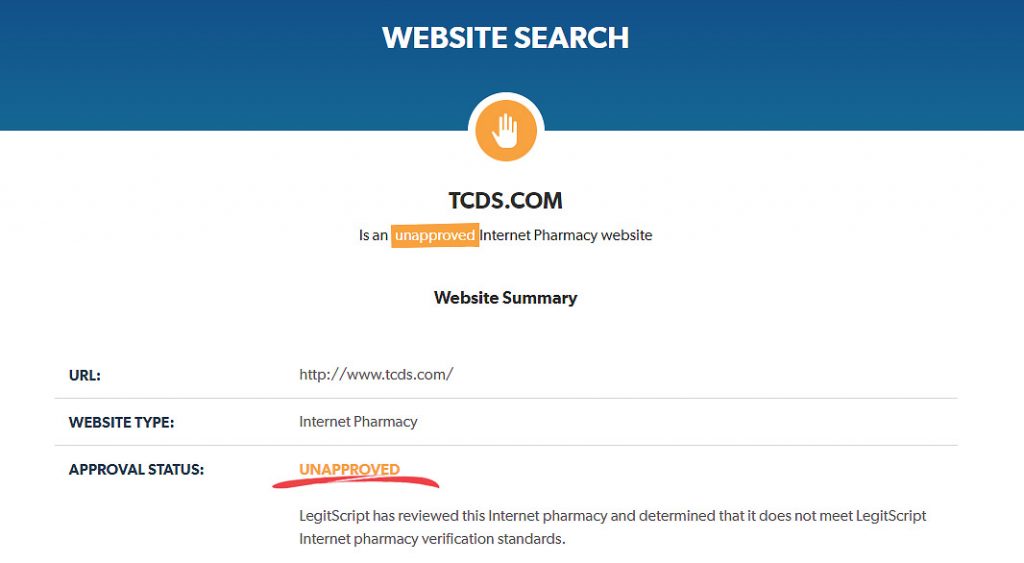 Who Operates The Canadian Drugstore?

The business name and address can be found on the contact page of the site. A search for this company in the Canadian Government’s database shows that this business was dissolved in 2008, seemingly for overdue filings. 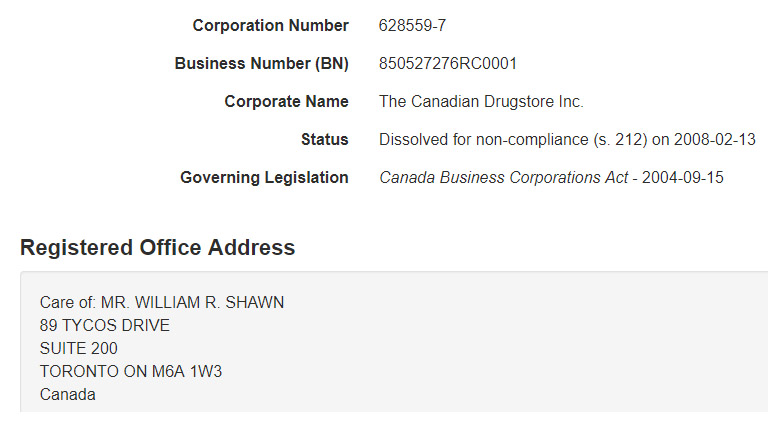 Further, the address given on TCDS.com appears to be a mailbox service and not the real business location. It could well be that the name given on the Government database is still the owner of this site, but there is no way to know for sure.

The domain records confirm the website’s claim to have been running since the year 2000, this is great, not many scam pharmacies run for more than a few years. This record doesn’t help to shed any light on who runs the business though, as a privacy service is used to hide owner details. 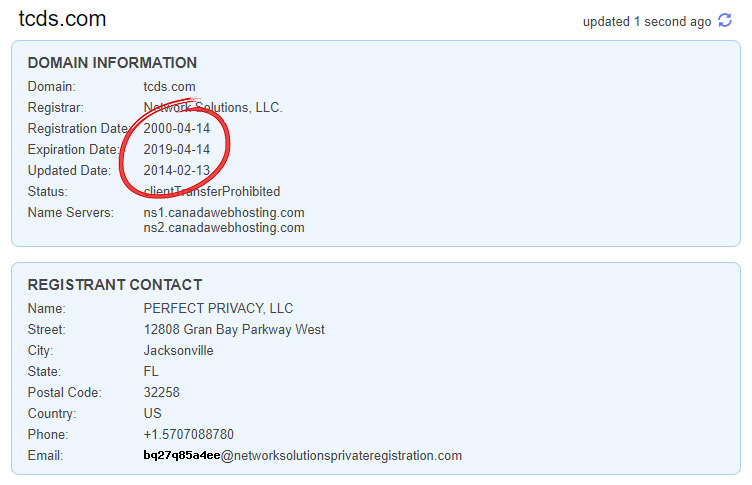 Medicine can be purchased from The Canadian Drugstore via credit card, money orders and personal checks.

Shipping is free, whether you will get tracking and other delivery options depend on the drug fulfillment center used. They provide a reship or refund guarantee if your shipment goes astray. If you haven’t received the medicine within 15 business days, you can contact them to claim a refund or have the package sent again. Almost all of the packages arrive at their destination within two weeks, though most are faster than that.

The store features a page containing 10 TCDS.com reviews. This page is designed to promote trust in the company. The reviews are from US citizens and there is nothing obvious to suggest that these reports have been faked. They aren’t to be found duplicated on other websites either. 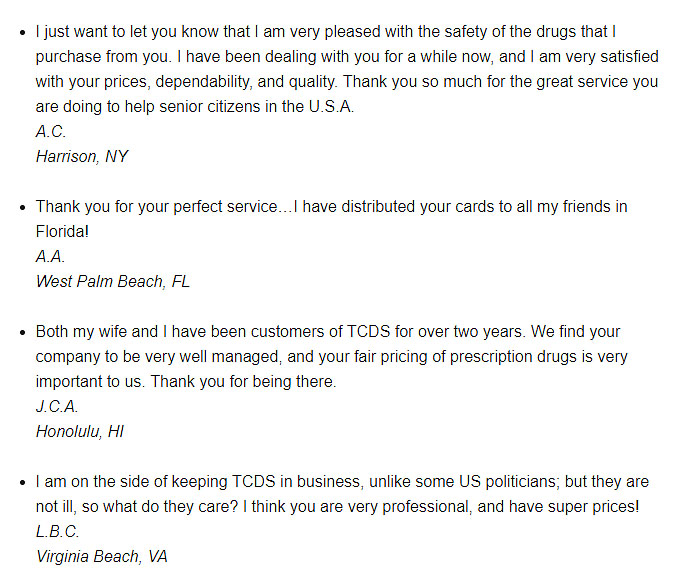 As this is such an old website, we can take a look back at archived versions of the site. The first testimonials page appears in 2004 in the archive, though it didn’t capture earlier versions which may have been the same. Rather surprisingly, it looks remarkably similar to the present day version. Some of the reviews are in a different order and the font has been changed, but those are the only differences. 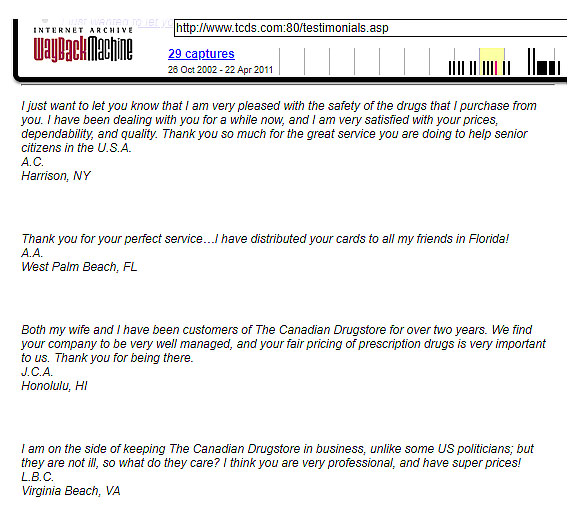 Can it really be, that they haven’t received any more good customer reviews in the past 14+ years? Maybe, they just can’t be bothered to go to the trouble of updating the page, even when most of the rest of the site has changed over this time. Perhaps these were reviews which were faked when the site was originally created or maybe they are genuine, there’s no way to be sure.

It’s really great that TCDS.com has a long track record of providing cheap medicine from Canada. Going against that is the fact that they don’t have regulatory approval and the business owner is hiding their information. This is why we can only give them 3-stars out of five. Though they may have been the first to market, they’re not currently the best.