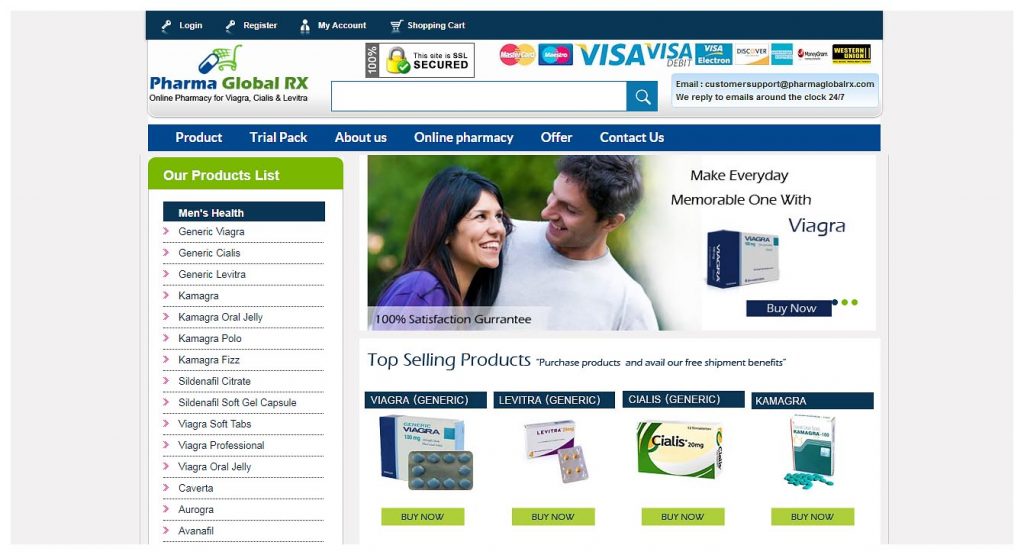 Pharmaglobalrx.com looks like a professional pharmacy at first glance, but it doesn’t require much time on the site to change your mind, however. It is clear when you start reading the words written on this pharmacy store, that this isn’t a professionally operated business. Often sentences don’t make any sense or use bizarre words which are wrong in the context they are used. You could be forgiven for thinking that this site has been translated from another language using automated tools.

Pharmaglobalrx.com doesn’t display any government agency approval seals or logos. Pharmacy stores like this one need regulatory approval to legally dispense drugs for the country they operate from or where they sell them to. If they had these approvals they would have to display them. 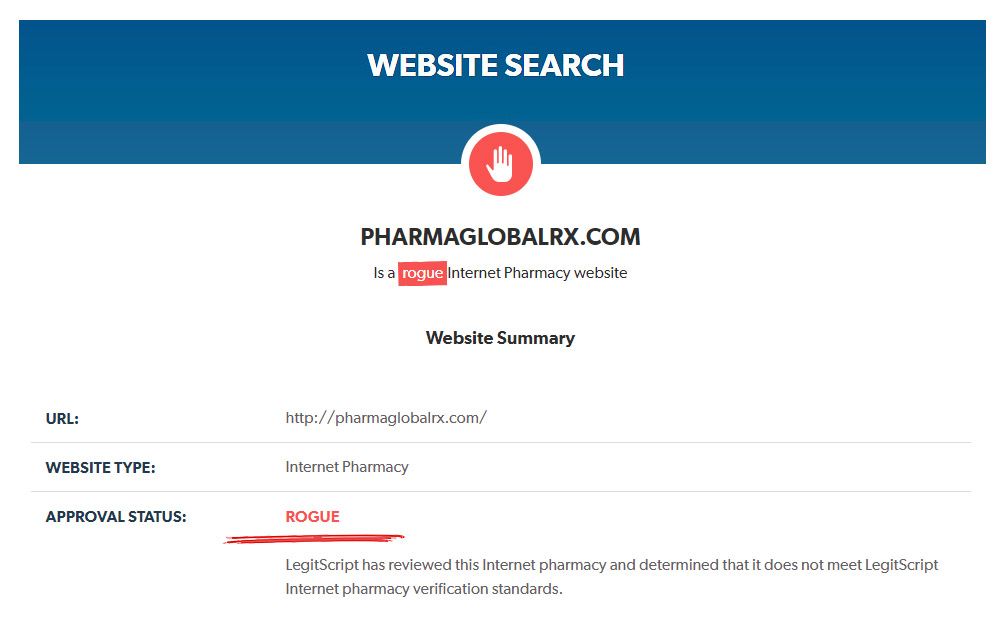 When checking with LegitScript it is clear that they don’t have regulatory approval to sell drugs. This lack of legal approval means they likely won’t be following normal pharmacy standards and may be engaging in deceptive or fraudulent business practice.

They offer you 10% extra pills when you reorder from them and 20% more pills when you purchase using Western Union. The fact that they are encouraging you to use Western Union is rather alarming. Since it has for many years been the go-to money transfer system preferred by scam artists. The reason being, that once the money is sent there is no way to get that back if something goes wrong. You should really only use this money transfer service if you know the person you are sending the money to.

The fact that they are willing to give away large quantities of drugs for free, shows you how cheap and low quality those pills must be.

Who is Really Running This Pharmacy

No address details can be found on the site, which is a clear red flag. They have also hidden their contact details when they purchased the domain name. Legit companies don’t need to hide their business name and address like this, but of course, if someone is trying to scam you they will want to keep this information hidden.

The domain name privacy service they are using is based in Australia, although there is a phone number from Denmark, and the servers used to run the site are in the US. We doubt that the people behind this scam are native to either Australia or the US because of the poor language skills.

Could it be that they accidentally left their phone number on this record and they’re actually from Denmark? We are not really convinced this is the case, though. All that you can really say is that the person behind this store doesn’t have English as their first language. 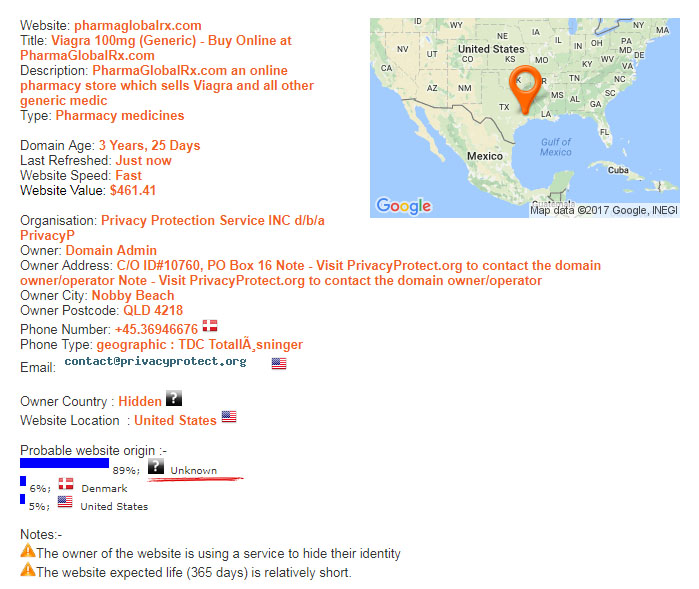 Would you really trust a company that withholds their contact details and even conceals which country they operate from?

This site has a page for customer testimonials. When you read through these Pharmaglobalrx.com reviews, however, it is very apparent that they are completely fake. They are written in the same broken English that is found throughout the rest of the website. All the testimonials supposedly come from customers in the USA, though strangely they all appear to be written by someone whose first language isn’t English.

It is obvious that the same person has written these reviews when you start to compare them. Of the first four reviews, three of them start in a similar manner, using near identical sentence structure and making the same grammatical errors.

The similarities really become plain when the drugs purchased are described. We assume these details were copied and pasted from other pages on the site, as they share an identical format of capitalization and wording.

This website only gets 1-star out of 5 from us. The reasons for this are obvious; lack of regulatory approval, no contact details to be found and encouragement to use unsafe money transfer methods. Add to that the clearly faked customer feedback plus the obviously low-quality drugs on offer, and you have all the ingredients for a scam website that you will regret using.