Home » Blog » Healthcare Costs in 2019 – Differences Between USA and Canada 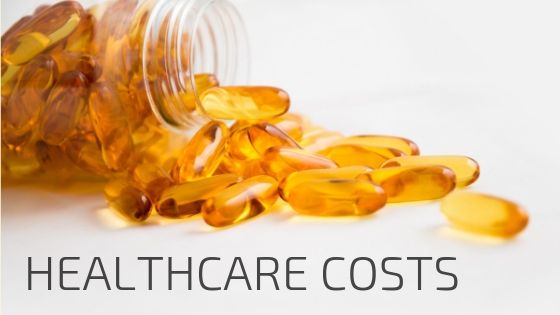 Comparisons between the US and Canada in healthcare is often a controversial subject. The US has a privatized multi-payer system with Canada using a mainly publicly funded single-payer service. Neither system is perfect and both draw criticism for different reasons. We take a look at both systems to try to find out which is better.

The US system of healthcare shows a continual year on year increase of around 6%. This has stabilized in the last five years from a high of nearly 12% in 2007. Though costs aren’t increasing as much as they once did, this level of above-inflation charging is surely unsustainable in the long run.

Per capita, healthcare spending is now above $10,000. The latest figures show the country spending $3.5 trillion per year which is just under 18% of GDP. 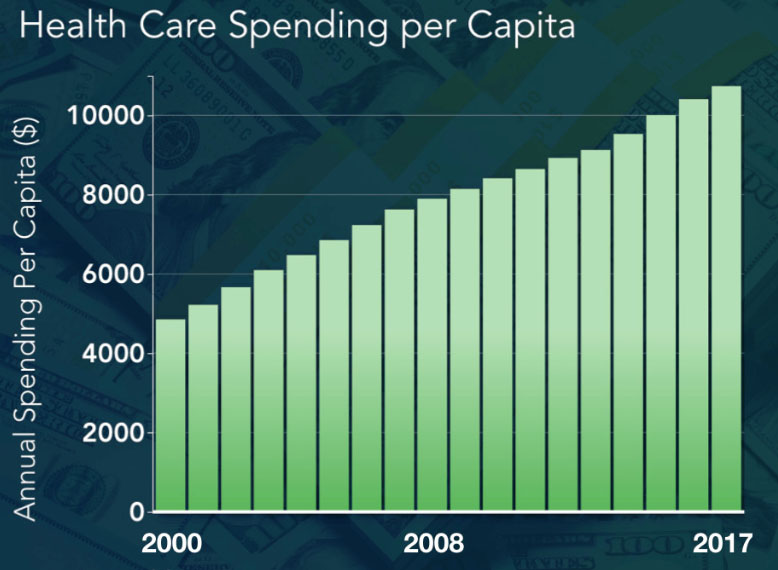 In Canada total spending on healthcare was $187.2 billion which equates to just over $5,000 per capita (figures are given in US dollars). This represents 11% of Canada’s GDP and very clearly more affordable than the US where predictions show healthcare spending reaching $16 trillion and 32% of GDP by 2030.

On top of these figures, not everyone in the US has access to healthcare. As many as 1 in five people don’t have insurance in the US whereas Canada’s system provides for all.

Despite being the most expensive healthcare system in the world, the US doesn’t rank number 1 in World Health Organization rankings. The WHO only ranks the US as number 37 in the world with Canada rated 30th.

The Reasons for High Healthcare Costs in the US

A number of factors contribute to much higher costs in the US over those found in Canada and other developed countries. We take a look at the five most costly reasons for the high price of healthcare in America.

As much as a quarter of all healthcare spending goes on the administration of the system. This massive cost is considerably higher than in anywhere else in the world.

The American system has many different insurers and this has led to large numbers of staff having to be employed in order to bill the different companies correctly. In one example, it was found that Duke University Hospital in North Carolina employed 1,300 billing clerks to deal with insurance, this despite the hospital has only 900 beds.

In Canada and most other developed nations, the government is able to negotiate the drug prices paid by the health service. This naturally leads to far better prices due to the quantities of pills required by national health services.

In the US this isn’t the case, with independent insurance and healthcare businesses not able to negotiate such good prices. This, in turn, leads to different prices being paid in different situations. Prices often seem to increase to maximize profits changing depending on the organization making the purchase.

It is understandable that Canadian pharmacy prices are attractive to US citizens in these circumstances. Unfortunately, not all Canadian pharmacies are actually in Canada and offering a safe and legit medical supply. Many scam pharmacies have sprung up to capitalize on the price difference between the two countries and the notoriety of cheaper prices north of the border.

Doctors are concerned about being sued so are more prone to order far more tests than they would otherwise. This is done even when they are sure of the diagnosis and leads to much increased medical bills. It has been estimated that additional testing adds some $650 billion to health costs annually.

This unnecessary cost affects everyone across the board. It leads to higher insurance costs, out of pocket expenses, co-pays and taxes for government healthcare services. 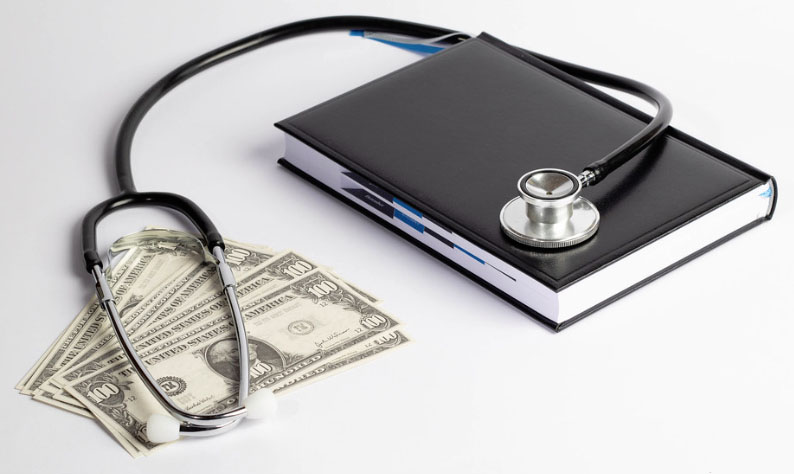 Specialists earn far more than this and are greater in number.

They are used more frequently and this is another consequence of making sure all the bases are covered to avoid litigation. In other developed countries, these consultations are carried out more frequently by primary care doctors rather than the higher paid specialists.

Another reason for higher doctor salaries is because they are often paid on a piecemeal basis rather than a fixed salary. This means that they are paid for each individual process they undertake and is another reason why there is more testing carried out. 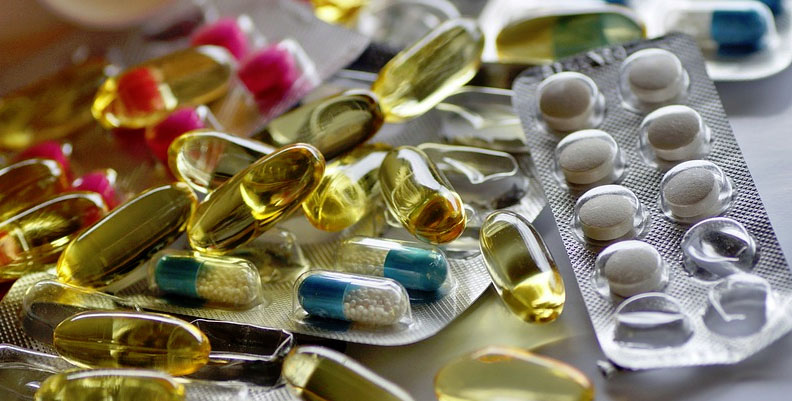 It is believed that almost half of all Americans are taking prescription drugs at any given time. This has the result of increasing healthcare costs further. Prescription costs average $1112 in the US per capita and $787 in Canada.

The greater willingness for doctors to prescribe in the US is likely party due to the issue of making sure that they cover every eventuality so that they don’t get sued later on. 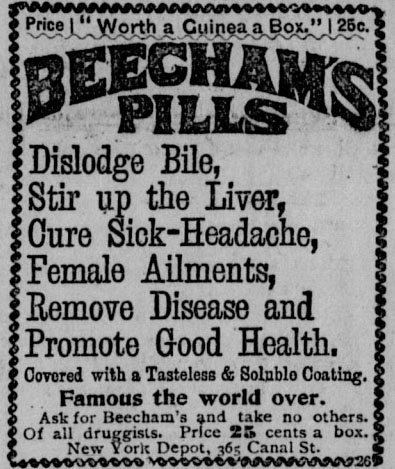 There is also the growth in off-label prescriptions. This is where doctors prescribe drugs to patients that aren’t specifically approved by the FDA for that use. The guidance for doctors to do this says that it should only be done when there is evidence for the success of this treatment for that particular condition.

Despite this, evidence suggests that this guidance isn’t being followed most of the time. In 73% of cases, it has been found that the off-label prescribing wasn’t justified by scientific research. The reason behind the increase in off-label prescriptions may often be down to slight deviations, to perhaps dosage or the age range suggested.

Another factor in off-label prescribing is marketing. Drugs companies have large marketing budgets to encourage doctors to prescribe their pills and for advertising to the public. This has the effect of increasing their sales when there may not be FDA approval a particular condition.

Benefits of the American System

This isn’t entirely a negative situation, however. One of the major benefits of higher drug prices is an increased incentive for medical manufacturers to create new treatments. The continued high profits available from drug sales in the US makes it worth their while to go to the significant expense involved in researching a new drug.

If the US had a more efficient price negotiating system in place, like other developed countries, it is unlikely that so many new treatments would be created. This is little consolation to US citizens who are struggling with medical expenses, however. 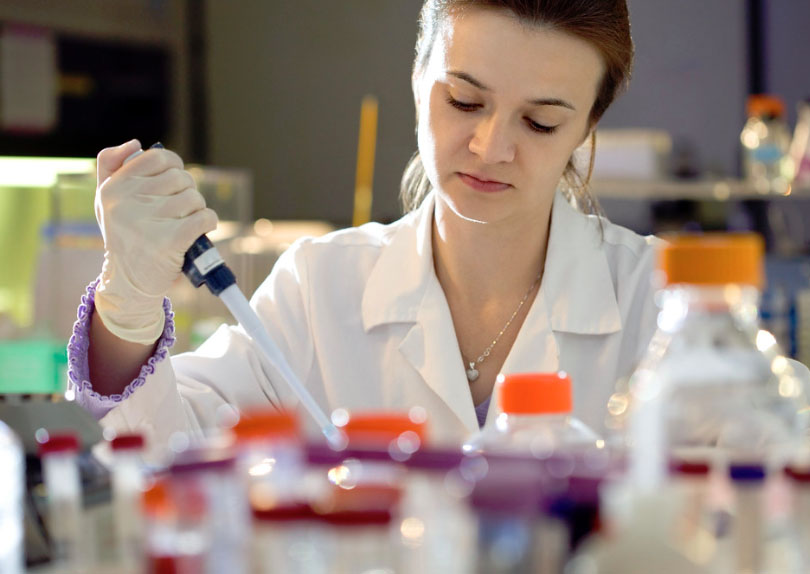 The increased level of testing, though expensive, should reduce mistakes made in diagnosis and produce better outcomes for patients in some cases. Whether it is cost effective or not isn’t going to matter to the patient if a test performed lead to finding an issue which otherwise wouldn’t have been found.

It is often believed that the American healthcare system benefits from shorter waiting times to see a specialist or for procedures, over Canada and other socialized healthcare solutions. Data on this is difficult to find as there isn’t much information on average waiting times in the US. It seems that waiting times are slightly better in the US than in Canada, where waiting times are more likely to depend on the urgency of the patient’s condition.

Surveys have shown that waiting times for elective surgeries are the biggest problems facing Canadian patients. In the US, the biggest issue is unsurprisingly the cost. 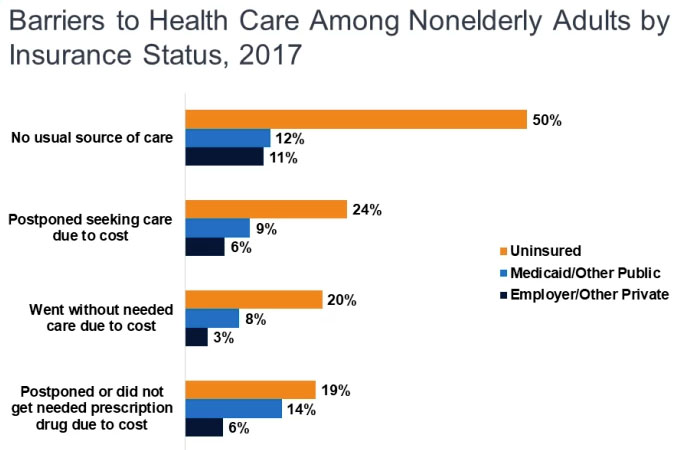 The increased costs of the American system which leaves far too many people unable to afford healthcare inevitably leads to increased deaths. This is something which is difficult to assess and there is no figure agreed by all interested parties.

Different figures have been put forward by these interested parties and follow their own agenda. These estimates range from an unlikely zero to 44,800 from Physicians for a National Health Program. Whatever the real number is it seems unlikely to be zero in a 2019 population of 328 million Americans.

While the US healthcare system seems to be far more bureaucratic than it should be, the high costs of treatment aren’t going to be a concern if it leads to better outcomes for patients. However, there are far too many which aren’t insured despite the Affordable Care Act and other provisions being put in place to try to reduce this. This figure stands at around 27 million, down from a high of 46 million before the ACA.

If you have sufficient healthcare coverage the US system is probably better. It benefits from greater access to specialists and more testing as well as screening which should ensure better outcomes due to sooner diagnosis. Whether this outweighs the problems with affordability is another matter and will likely depend on the individual’s circumstances.

With the high costs of drugs and the higher levels of prescriptions being issued it isn’t a surprise that many Americans look to Canada and beyond to purchase cheap medication online. While it is very possible to reduce healthcare costs in this manner, it is important to make sure that a safe source of meds is used to avoid the risks of scam online pharmacies.