Home » Pharmacies » Why Online Pharmacy Marketplace Will Change in 2021 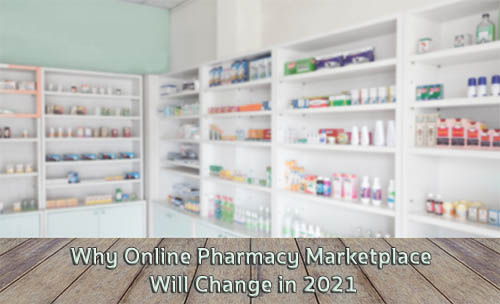 In the first months of 2021, the online pharmacy industry experienced paradigm-shifting changes that could permanently shake up the marketplace.

Over just a space of a few weeks, there were two major announcements that rocked the industry:

One of those was an announcement from the world’s number one retailer, Amazon, and the other was a new rule from the Food and Drug Administration taking effect.

With such a well-established and successful business entering the online pharmacy space, things are naturally set to change. Amazon’s pharmacy platform officially had its launch back in November 2020. It allows patients to securely and easily purchase prescription drugs through their site. 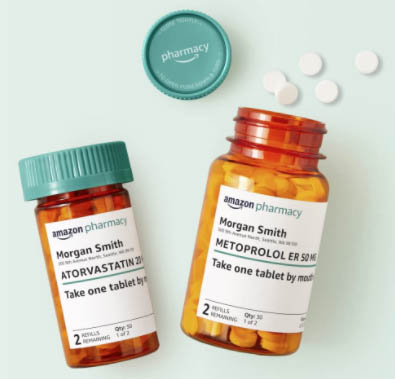 Amazon isn’t completely new to the online pharmacy business, they have owned an already established pharmacy business for a few years. Amazon acquired PillPack.com in 2018, a company that makes taking meds easier for its patients.

As the name of the business suggests, they send medicines to patients in packs that are dated so that the person knows exactly when their pills are meant to be taken and can’t forget. This initial taste of the pharmacy business has clearly given Amazon the confidence to launch their own large-scale enterprise.

Amazon has a mission statement to offer affordable and accessible prescriptions to their customers. Amazon Pharmacy is available to people in 48 states through either their website or their app.

They have tied this new pharmacy launch into their Amazon Prime business. Giving Prime members savings on their prescriptions of up to 80% for generic meds and 40% for brand-name drugs when insurance isn’t used. Prime membership also gives customers free 2-day delivery.

This link up with their Amazon Prime service will no doubt have a lot of their customers switching to the pharmacy for the added benefits they receive through the Prime membership they already have. Amazon Prime already has around 126 million customers and many of these people will switch to this new pharmacy if it gives the benefits it promises.

While the launch of Amazon’s pharmacy might seem to herald a new era for the industry, it has its critics. It has been pointed out that this business launch from Amazon isn’t so much changing the game as it might appear, but creates a service that has already been pioneered by other companies.

Amazon will accept insurance and also operates in a network of pharmacy benefit managers, or PBMs, that have been operated by other companies for more than a decade. While Amazon may have had high hopes to revolutionize the industry, all they are really doing is copying the business model of companies like GoodRx.

Instead of the dramatic change to the industry they may have intended, they are entering a market segment already occupied by GoodRx and many other suppliers. They are looking to target customers who are either uninsured or underinsured, just like other discount card businesses.

Though Amazon does bring something more to the industry. A company of their size has considerable buying power and influence, which can push the industry in a better direction if they want.

Amazon’s move could push smaller online pharmacies into difficult territory, but larger businesses should survive. This could lead to pharmacies cutting corners to compete with the Amazon behemoth. Such changes mean that online pharmacy reviews 2021 will be more important than ever if you hope to be safe when ordering meds online.

This isn’t the end of Amazon’s plan, with clear signs already that they intend to target the broader pharmacy market in the future.

Amazon has hired a former PBM manager from CVS to create offerings and go directly to plan sponsors, like large employers, and offer better savings. This move appears to signal Amazon’s intent to cut out the middleman and remove the PBMs in the supply chain to customers.

There is the possibility that Amazon will begin manufacturing its own generic medications. Amazon has some form in this department, having previously created their own electronics and office supplies. This could help to pass on big savings to customers if, in particular, products that only have one manufacturer are targeted.

Less than two weeks after Amazon’s pharmacy launch, the FDA implemented their new drug importation rule. This legislation was created with the aim to reduce the high prices American consumers suffer.

The new rule requires that states submit an importation request known as a Section 804 Importation Proposal, or SIP, to the US Department of Health and Human Services, otherwise known as the HHS. If the SIP is granted to the state it will allow for the importation of cheaper medications from Canada and elsewhere. 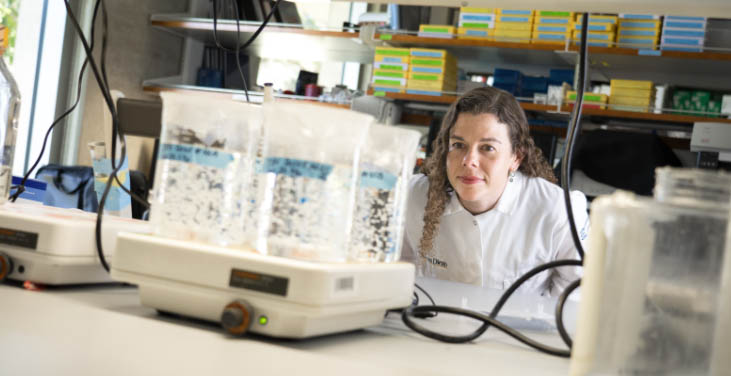 In order to prevent fake and counterfeit medications from being imported this way, the importer of the medications will need to provide some additional information. Labeling on the medication needs to conform to FDA requirements and the drug being sold needs to be authenticated. This will likely include testing and evidence to support the stability of the drug during degradation.

There are also rules on medication recalls. The state sponsor of the SIP is held responsible for handling such recalls so that customers who have purchased are contacted. The SIP only lasts for a certain amount of time, and after that, it can be extended. 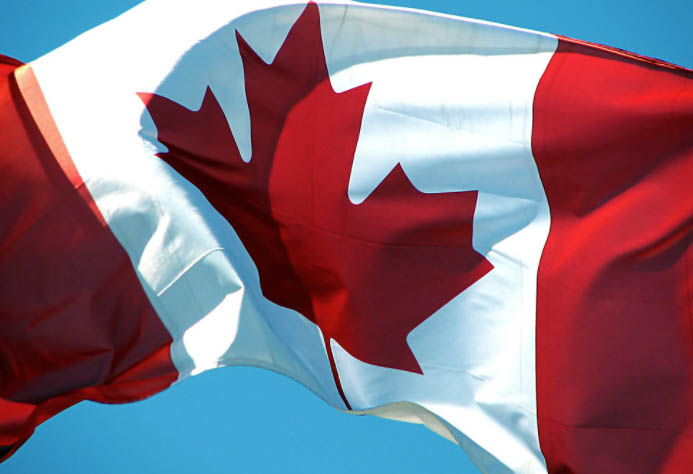 All this is done to try and make sure customers are kept safe when ordering medication from a different country. However, drug prices aren’t going to be as cheap as they could be thanks to the rules that importers are required to follow. Some of these costs will fall upon the sponsor of the SIP. This could be sponsored by the state, wholesalers, or pharmacists, though to save costs a joint arrangement could be possible.

While this program promises to help cut the cost of overpriced medication in the United States, the stringent rules could mean that it isn’t used as much as it otherwise could be. The program also requires a sponsor to commit to trying to get a drug imported at a cheaper price with the costs involved falling on them. While this still leaves the window open for reducing drug prices in some cases, it is likely to leave many people disappointed.

If you need medications and you don’t want to wait for your state to possibly sponsor a Canadian importer to provide them at a cheap price, you are likely to just want to go online now and purchase. Unfortunately, there are a lot of unscrupulous scammers out there willing to rip you off when you try to make a purchase.

You are putting yourself at risk of having your credit card details stolen, and worse, when you make a purchase on a scam online pharmacy. But how can you tell a reliable pharmacy from an unreliable one? 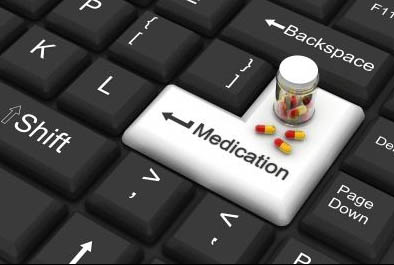 The best way to find out if you’re using a reliable store is to check online pharmacy reviews 2021. This will reveal to you if the pharmacy is what it appears to be. They might be claiming they have the proper accreditation or a prestigious business address, but this may not really be the case.

On multiple occasions, we have seen pharmacies using fake accreditation fraudulently to try and deceive their customers. It is also common to find fake addresses being used by these pharmacies to make them appear to be oftentimes from a different country than where they are really operating from.

New legislation that is intended to make things cheaper as well as keeping them safe, could bring other problems with it as well. Coupled with the high profile Amazon Pharmacy business, this could lead to more people going online to try to buy cheaper Canadian medication. And many of these people will find themselves on unregulated and untrustworthy internet pharmacy sites.

While these two announcements appear to be a good thing for people suffering from the high price of meds in the United States, they might not offer the promised cost reductions they could potentially provide. They could, unfortunately, push people towards unregulated pharmacies that are selling fake meds instead.

To avoid this problem, would-be customers of an internet drugstore should make sure they check online pharmacy reviews 2021 for the latest information about the pharmacy they are looking to buy from. Simply doing this, can save a lot of hassle, worry, and potentially getting drugs that do more harm to you and don’t treat the illness you purchased them for. 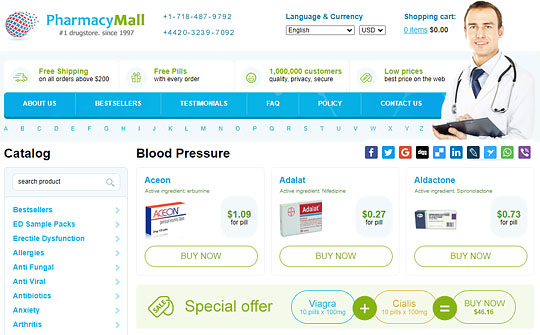 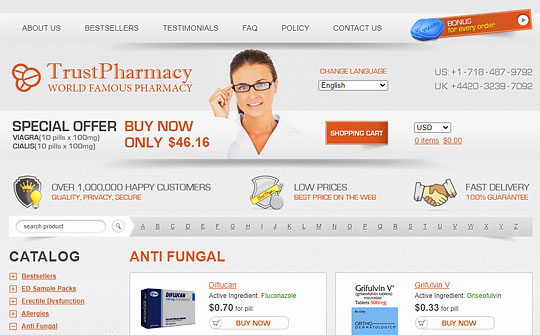