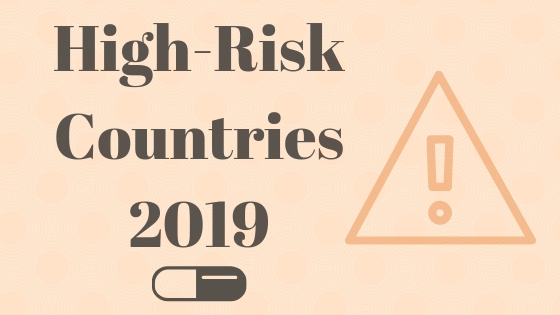 It is second nature to most people, nowadays, to look to the internet when you want to save money. The ease at which you can find a good deal online is something which was never possible decades ago. But, unfortunately, this isn’t a risk-free way to save money.

With most of the people in the world now able to access the internet this has led to an increased chance of running into online fraud. The problem is particularly hazardous when it comes to online medication. Here you run the risk of purchasing meds which don’t do what they are supposed to or could contain ingredients which put your life in danger.

The health risks associated with low-quality, fake or counterfeit pills is very real. Interpol has previously estimated that more than a million people worldwide die from counterfeit drugs per year.

The risks aren’t only from fake drugs though. If you are giving your financial details to anonymously owned online pharmacies, how do you know your card details aren’t falling into the hands of criminals?

All countries are, however, not equal when it comes to safety standards and financial security of online pharmacies. 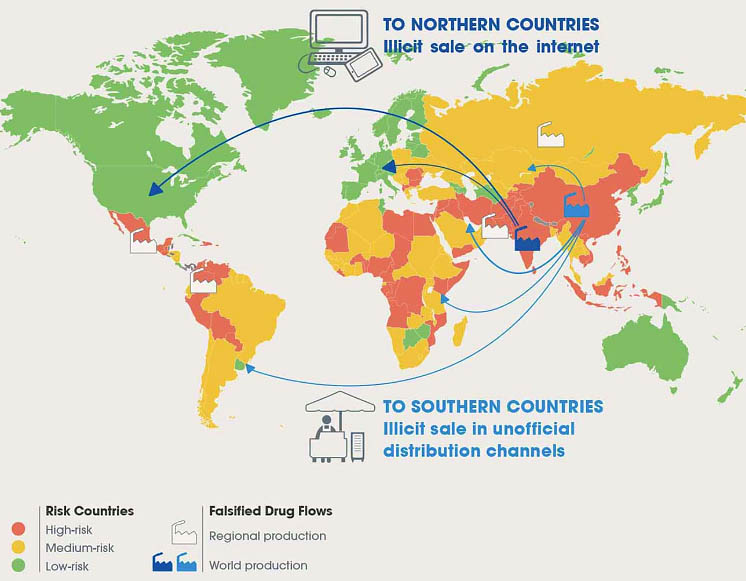 Trying to work out where the owners of an online pharmacy are actually based, can be incredibly difficult. People that operate scams often go to great lengths to try to hide, not only who they are, but also where they are based.

If you know where the drugs are dispensed from, you should have a better understanding of how safe they are likely to be. You would also expect higher standards of safety and professionalism from some countries over other less developed states.

These factors could be thought of as a reason why a pharmacy might choose to hide or misrepresent their location. It is possible, though far more likely that in reality, they are a rogue pharmacy selling highly dubious pills and only looking to rip people off.

The use of fake addresses is something we have frequently found. Sometimes the address will be completely made up and not exist when checked.

Other times, the more sophisticated scammer may find a real address to pretend to operate from or use the services of a virtual office or mailbox to claim to be in a more trustworthy location. These deceptions are far more difficult to uncover, but not always impossible.

One good way to check that a pharmacy is actually in the country they claim to be is by using their registration with a regulatory association or lack thereof. This should normally work well for pharmacies which are claiming to be located in North America or Europe. 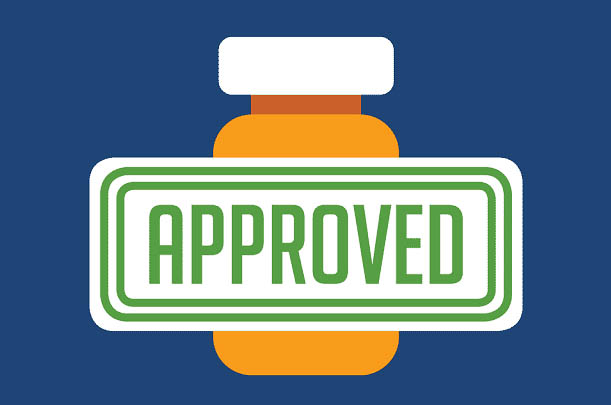 In the USA and Europe online pharmacies have to be registered with Government agencies in order to be legal. If they aren’t registered then they are either operating outside of the law or they aren’t really in the country they claim to be. These legal regulations should ensure that the pharmacy is operating to the highest ethical and professional standards making sure that you aren’t put at risk when ordering from them.

In Canada, the situation isn’t quite as good, with non-governmental associations taking the role of registering online pharmacies. This may lead to some non-Canadian businesses appearing to be genuinely in the country. 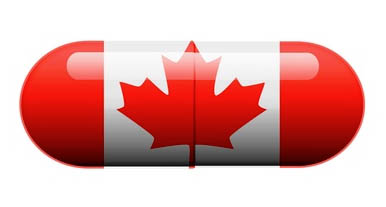 There are a large number of online pharmacies which appear to be Canadian but are not. This is done to attract customers from the US who have heard about cheaper drug prices north of the border,

Whenever you find a Canadian pharmacy you need to be on your guard. There are far faker Canadian online drugstores than there are real ones, and if a business is lying about where they are based, what else are they willing to deceive you about?

While the standards in Europe and North America should protect you from most rogue pharmacies the same can’t be said for other countries. We take a look at the more high-risk countries to show you why you need to be careful when choosing where to buy your pills.

When it comes to high-risk countries, Russia must surely be on the list. Russia has been the origin for many online fraud schemes in the past, particularly known for foreign bride scams.

The bride scam is a confidence trick whereby a woman pretends to be keen to marry a western man. Of course, the woman needs some money in order get a visa, buy an airline ticket, settle a debt or whatever else the scammers can come up with. The promises will not be kept, the marriage will never take place and the money will never be recovered.

We have seen many links to Russia from countless online pharmacy stores. This is, of course, only when we can tell with any certainty the location of the owner. Most of the time this isn’t possible, so to find as many links as we do suggests that a large percentage of the scam pharmacies have their origins in Russia. 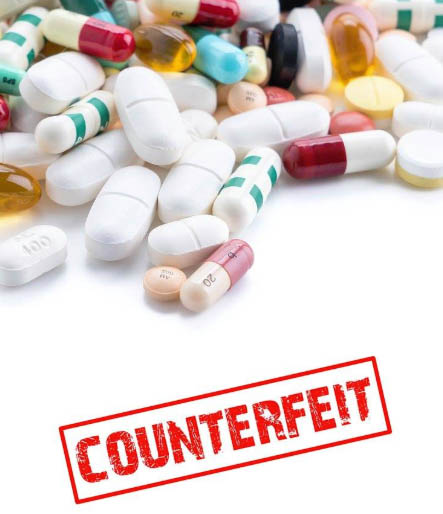 When we look at India we see many issues which combine to make it a high-risk source of pills online. They do have a large and mature legit generic pill manufacturing base, but alongside that is one of the hot-spots for counterfeit drug production.

India is also getting a reputation for being the source of a number of different types of online scam. The large population of English speaking people has led to many call center operations being moved to India. This has been going on for several decades and now it is almost expected, in many western countries, that when you phone a call center you will hear an India accent.

This has inadvertently led to an opportunity for Indian scammers. One common Indian scam is the use of a popup which locks up your browser and tells you to call a number. 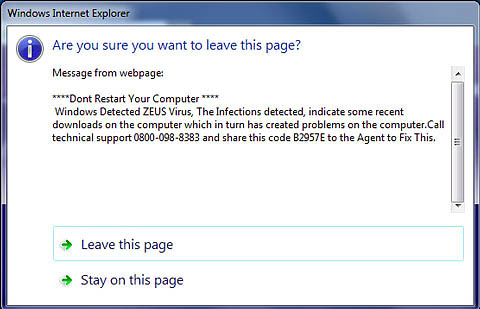 The Indian call center will portray itself as a security firm that can fix your issue. They do this to gain remote access to your computer and once they have that, they can convince you that you have a big security problem which will be expensive to fix. Remote access also gives them the chance to look for anything profitable on your hard-drive, or install a key-logger, or whatever else they choose.

Another scam originating from India is the fake refund con. This is where you are contacted and told you are due to a large refund on something you’ve purchased. When the refund is processed, however, a large mistake is made in your favor amounting to thousands of dollars.

In reality, this is fake and is only possible because the scammer has once again been given remote access to your computer. You then pay back the money to the scammers, which you never actually received in the first place, leaving you massively out of pocket.

This seems to be quite a large industry within certain parts of India, and there have also been many links to the country from rip off pharmacy stores. The pills which are sold by many highly dubious drugstores have their origins in India.

There seems little in the way of regulation, either. The main legislation is the Drugs and Cosmetics Act which dates back to 1940 and was last amended in 1995. This act would appear to be completely inadequate for the internet age. 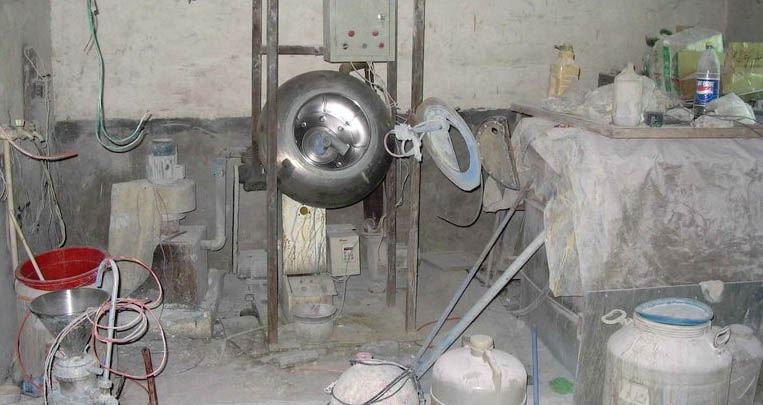 One thing China is renown for is counterfeiting. China is the source of most of the world’s counterfeit products and whether you are talking Louis Vuitton or Lamborghini they’ve all been copied by Chinese firms.

When it comes to medication, the situation is no different, but the risks are massively increased. It is relatively easy to produce something which looks like a genuine brand name pill, far more difficult to make it contain exactly the same chemical make up.

Finding links to China from a pharmacy store really isn’t a good thing but it is something which is fairly commonly discovered.

Rest of the World

Other notable hot-spots for counterfeit medication include Pakistan and Turkey. We haven’t seen nearly as many pharmacy operations associated with Turkey, but there have been a few from Pakistan. 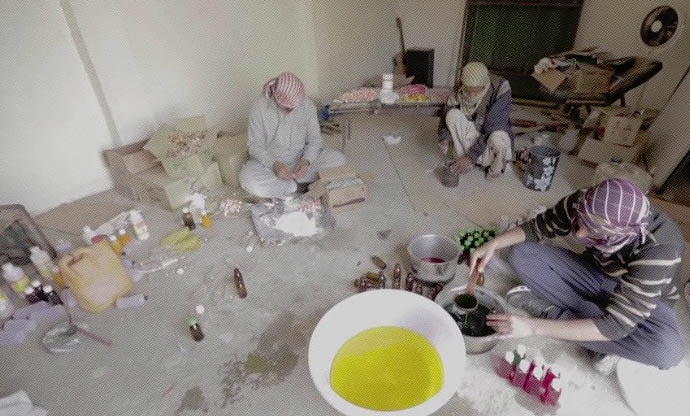 Conditions and standards of manufacture aren’t going to be very high in Pakistan, that is, of course, assuming the pills are even produced in a factory. It has been known for fake drugs to be created in people’s own homes to an understandably low quality.

We don’t find many pharmacies based in African countries but when we have it hasn’t been good news. The continent is awash with counterfeit drugs and regulation is going to be very low to non-existent.

Many fake and counterfeit drug operations are run by organized crime outfits, which are naturally going to take maximum advantage of anyone who falls into their trap. This could lead to your personal data being used to perpetrate crimes or your financial details being sold on to other criminals.

You need to be skeptical of what online drugstores are telling you, as all too often we find outright lies featured throughout the content of pharmacy sites. The prices may seem really good but how much is your health really worth to you? Going for the cheapest option, when it comes to medication, could be a risk you will come to regret.

Finding a cheap source for your medical needs can be a very high-risk endeavor if you aren’t careful.