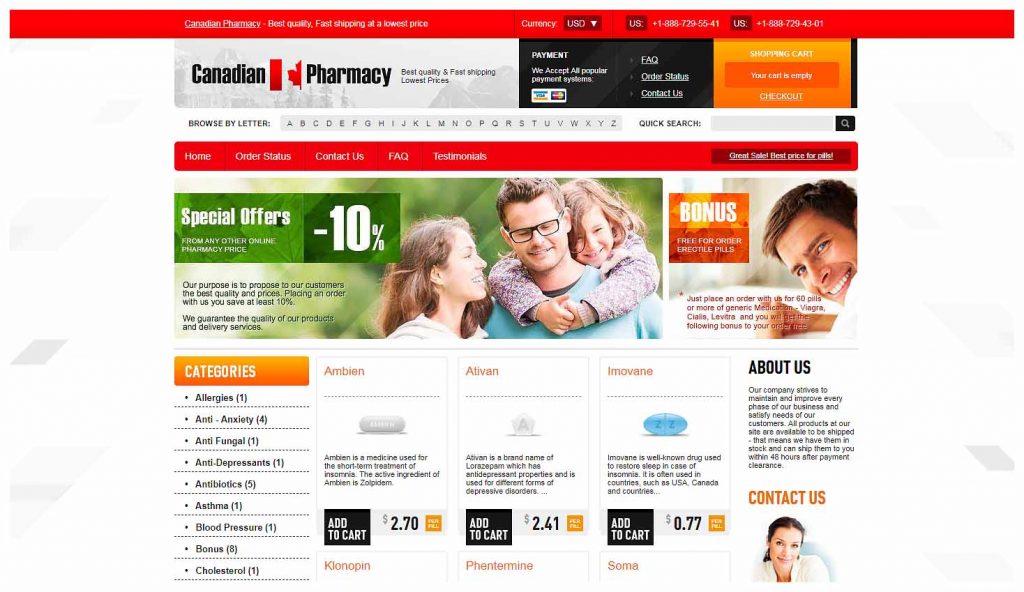 In our first-medsnorxx.com, we’re going to give the full picture of this online pharmacy website. We’ll tell you if they are legit or a scam. We’ll also address concerns from first-medsnorxx.com testimonials from a variety of sources.

First-medsnorxx.com promotes its lifestyle drugs, but they offer a variety of other medications. These are, namely, for pain relief, insomnia, diabetes, blood pressure and a few psychiatric conditions. There are weight loss meds and fertility drugs. 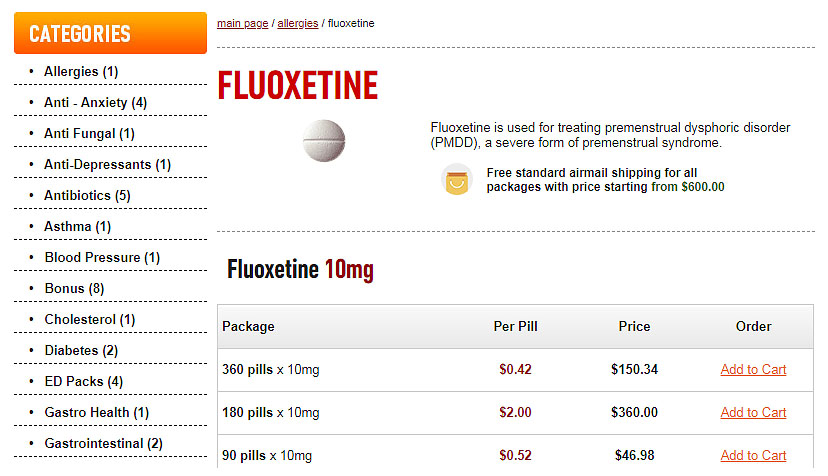 Prices are average to cheaper than average. The site promises prices 10% or less than you’d pay at the local pharmacy. Part of this is due to the fact they only sell generics.
They promise free extra lifestyle drugs for large orders, though that is a questionably legal practice.

One of our first checks of an online pharmacy is with LegitScript. They rate First-medsnorxx.com as a rogue pharmacy. This designation could arise from selling drugs that don’t meet certain standards, selling too many herbal remedies or not requiring a prescription to buy prescription drugs. The answer is clear – they sell and promote way more lifestyle drugs than LegitScript considers appropriate for a legit pharmacy. That doesn’t mean that First-medsnorxx.com’s products are not safe, but it does raise serious concerns. 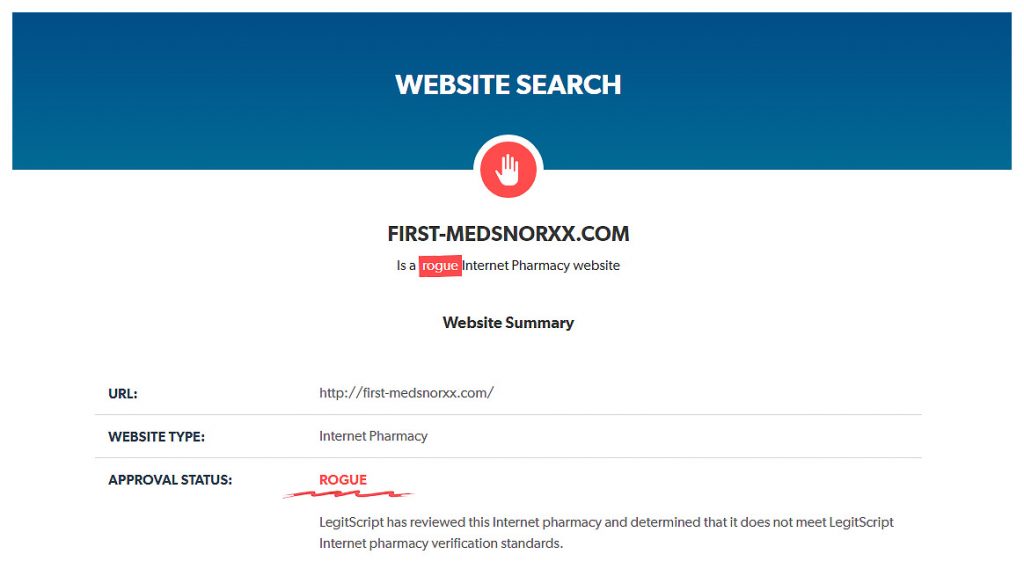 This is in contrast to an unapproved pharmacy; unapproved pharmacies may not have submitted paperwork for review or don’t meet LegitScript’s high standards.  A red flag to us was their proud banner that they’re a legitimate Canadian pharmacy when they are not in the CIPA database.

What about the quality of the medications themselves? They’re manufactured in India to Indian regulatory standards. This isn’t as high as those set by the U.S. Food and Drug Administration or its Canadian equivalent. That doesn’t mean they’re not safe, but it is a strike against them.

They accept major credit cards. There’s no information about paying via check or other methods.

One of our first concerns with first-medsnorxx.com was the website results. We’re not even talking about customer feedback. Instead, it was details like the title of their website being “generic pharmacy online”. Another concern is the list of suggested references to other websites that are variations of the same name. This suggests first-medsnorxx.com has renamed itself several times to stay ahead of the bans. It also undermines any generic statements that they have good online security. Besides, we’ ve found lots of mirror websites. For example, edpharmarxx24rx.com. 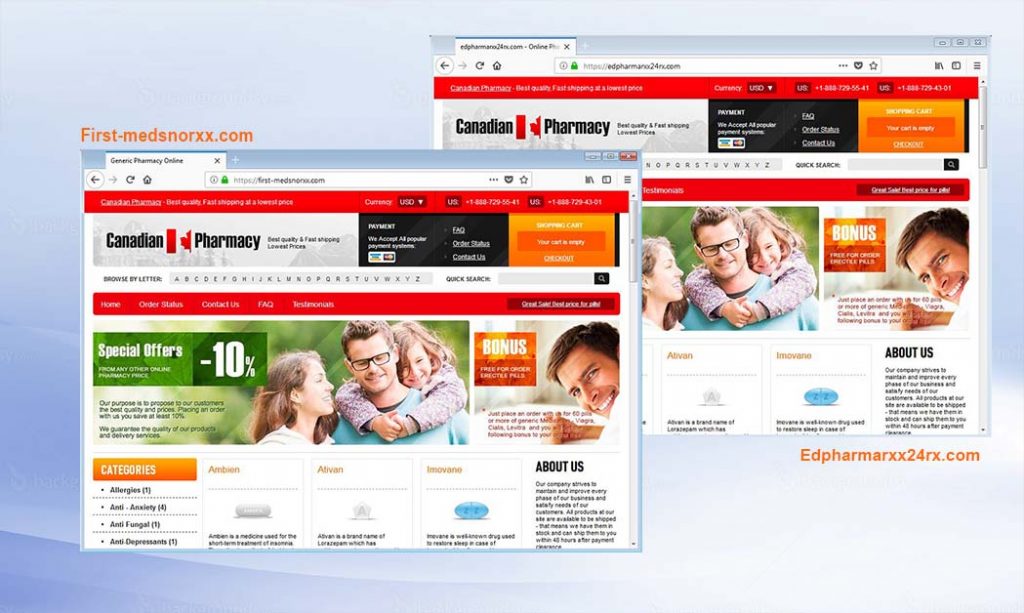 What worries us is the lack of IT security notices. You don’t have to have Verisign, Norton or another major IT security provider protecting your financial data but you must have something to be safe. And first-medsnorxx.com lacks any visible indications of this. The HTTPS in the web address is a start, but it wouldn’t be enough to make us comfortable entering our credit card information into the website.

Another concern is the lack of evidence they have strong privacy safeguards in place, whether it is a clear statement they won’t sell your medical information or respect your privacy if someone else calls about your purchase.

Initially, customer service looks good. They promise to reship the order if your initial order is lost in the mail. However, without actually ordering from them, we don’t know what customer service is like. And that is in part due to the dearth of customer testimonials.

There are glowing testimonials on their website. These can be ignored as either curated, fake, or selectively chosen because they were good. Generic American names may be legitimate, but the odds that someone would have a generic American name and poor English are low. 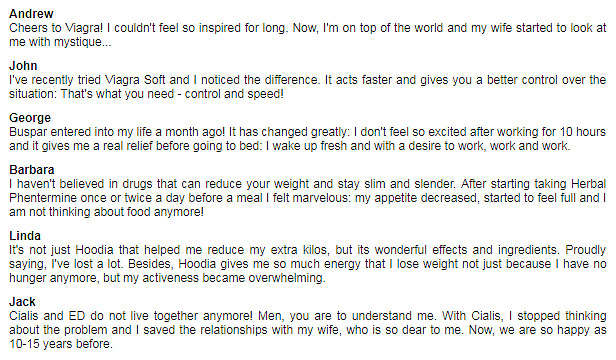 First-medsnorxx.com reviews found elsewhere are oddly glowing and obviously not written by English speakers. For example, one person says that the content is excitedly written. One, this is a pharmacy site. Two, the content on the website is lackluster English, to begin with. For example, first-medsnorxx.com has a “bonus” category of drugs, mostly lifestyle drugs. Nor is that the only poor English on the site. We suspect this site is actually based in India, though they pose as Canadian. That’s a serious concern. Minus one star for that.

There are almost no first-medsnorxx.com reviews at all, whether positive or negative, anywhere on the internet. That is suspicious. When we researched the IP address, they’ve been up and running with the current web domain for at least a year – so they didn’t set up shop last week. So where are the legit reviews, for better or for worse?

We give First-medsnorxx.com 2 stars out of 5. This is a case of the process of elimination. There are too many vague warning signs for us to recommend them, but there’s nothing that is a clear warning sign not to use them.