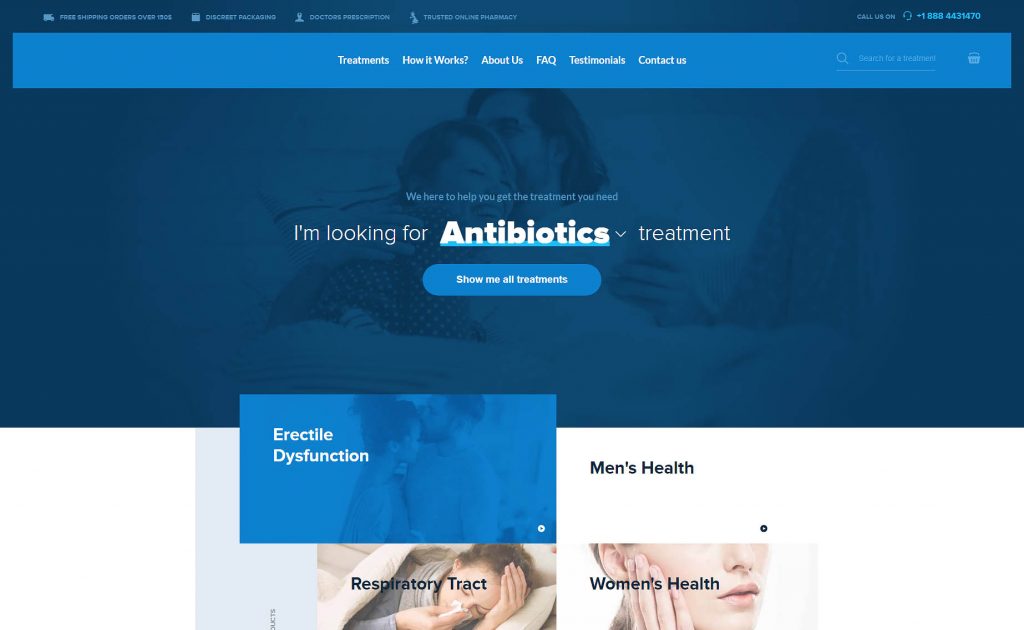 FaastPharmacy.com is a drugstore which claims to have thousands of happy customers. The owner of the store is quoted in a New York Times article and they have several legitimate online business profiles. However, not all is as it first appears with this pharmacy, make sure you read our conclusions before shopping with them.

The Whois database provides details of most domain names registered. For this site, we can see that the name was registered in 2014 which could indicate that this is a more reliable business than a newly registered site. 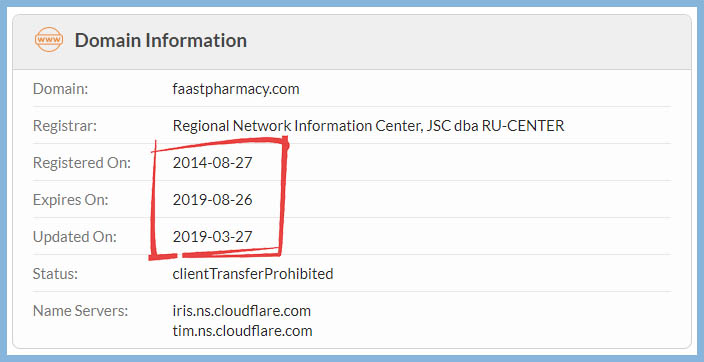 Also revealed in the Whois domain record is the fact that they are using a domain privacy service from a Russian registrar. The use of Russian business to register the domain name would naturally suggest that the owner of the site is from that country.

There isn’t any business information found on the site itself. A quick search does reveal a location in Bakersfield, California, US. 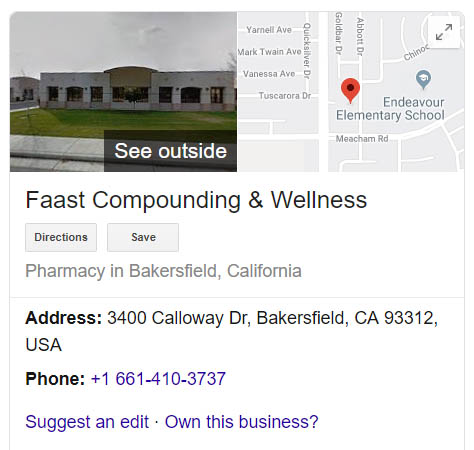 If this business is based in the US why would they use a Russian domain name registrar? Further investigation shows that this business was sold to the CVS pharmacy chain in 2012. This follows the owner having been put on three years’ probation by the California Pharmacy Board and being fined $100,000.

A further look at the domain information shows that this address expired without being renewed and was deleted in 2014. Later that year it was registered again, presumably by its current owners.

There are other links to the Better Business Bureau, Inc., Yellow Pages and a Yahoo business profile which make this pharmacy seem legit. All of these pages are referring to a business which ceased trading in 2012.

This store doesn’t display any seals from regulatory associations. This shows that they aren’t operating in accordance with the rules which need to be followed for the dispensing of the medication safely.

This pharmacy seems to offer mostly generic pills, focusing mainly on men’s health products. They don’t require a prescription which is often an indication of a scam drugstore.

As we have previously shown, this pharmacy isn’t in the US as they are trying to imply. On the checkout page, there is an indication that the drugs are coming from India, with a graphic at the top of the page which is different from the rest of the site.

This site benefits from a valid SSL security certificate to make shopping somewhat safe, though if you’ll actually get what you are ordering is another matter. Payment is accepted using:

Shipping is via airmail or courier which comes with a tracking number. The standard airmail is anticipated to take 2 or 3 weeks and costs $10. Courier delivery is expected to take about a week at a cost of $30. There is free delivery on orders over $150 in value.

When we take a look at the FaastPharmacy.com reviews found on the pages of this pharmacy something doesn’t seem quite right. They claim to have both 8,405 happy customers and 2,623 reviews which doesn’t really make any sense. They are also linking to a page with about 20 testimonials which is a long way from either number. We have found nothing to suggest that these thousands of testimonials actually exist.

Bearing in mind that they are pretending to be a legitimate pharmacy which has actually long since gone out of business, how likely is it that these testimonials are genuine?

The answer is, that they should be assumed to be fake based on what we already know. Reading through the comments shows some subtle similarities, so they have likely been written by the same person.

Looking for customer feedback on independent sites only shows a couple of comments and complaints referring to the previous business. These testimonials don’t go beyond 2012 and so have nothing to do with the current pharmacy site.

This online pharmacy is pretending to be something which it is not. By purchasing a domain name of a former pharmacy and still claiming to be that business, this must be considered to be a scam. We don’t know who the owner is but it is assumed they are in Russia.

They have no regulation and we don’t know for certain where the drugs are dispatched from. You are running many risks by shopping on this drugstore, 1 star out of five.

2 thoughts on “FaastPharmacy.com Reviews – Shutdown in 2012”