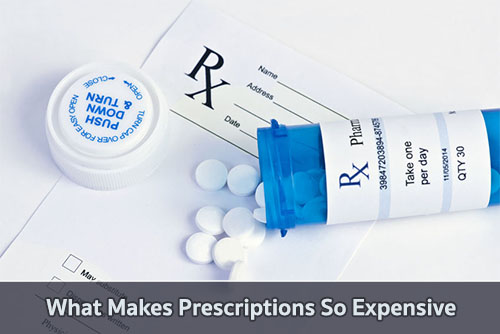 To combat illness and disease, minimize symptoms, and ultimately save the life of patients, prescription drugs are crucial. Unfortunately, the seemingly ever-increasing cost of prescription medications is a significant drain on people’s finances and can lead to a lack of adherence to treatment regimes.

Healthcare costs are the biggest cause of bankruptcy in the USA, leading many people to make an incredibly difficult choice between health and financial stability. This is a particularly big problem in the United States and something often unknown in other countries.

Even if you have a good insurance plan or you use Medicare, you still have the copays to consider. If you are prescribed multiple medications these copays will really start to mount up, putting negative pressure on people’s monthly budgets.

Unfortunately, there seems to be no end in sight to the year-on-year price increases. It is not uncommon for drug prices to go up by around 10% a year or more. Price increases in the range of 800% are not unheard of either, leaving patients that rely on those medications in a lot of difficulties.

Even without price increases, some drugs just start off ridiculously expensive when first launched. It isn’t unheard of for a drug to cost $10,000 or $20,000 for only 1 month’s prescription. If you are prescribed a drug like this, there is often no alternative because the treatment is so new.

This is something that affects almost everyone or has the potential to, but it is an area that most people know little about. So, why is it that prescriptions are so expensive? We take you through the factors affecting the price you pay for prescriptions and also look at some of the things you can do to reduce your medical bills.

Any new drug that is approved by the FDA is exclusive to the pharmaceutical company that created it. This gives the manufacturer up to 20 years of patent protection that blocks any other company from copying the formula and selling it in the United States. 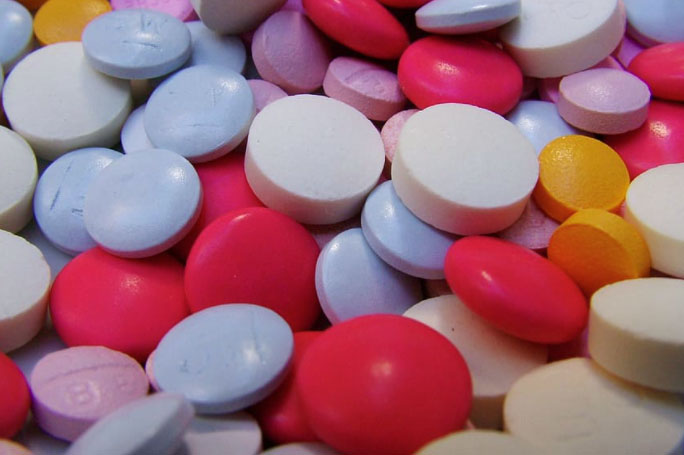 There are, of course, in theory, some benefits to this patent system. It allows pharmaceutical companies to invest in research and development safe in the knowledge that they will be able to recoup the costs and make a profit.

While this should encourage investment in new drug treatments, it can leave patients paying a very high price for their medication. Since these new drugs will normally produce better results, doctors are encouraged to prescribe them. However, the new drugs may not be significantly better than cheaper long-standing formulas in some cases. 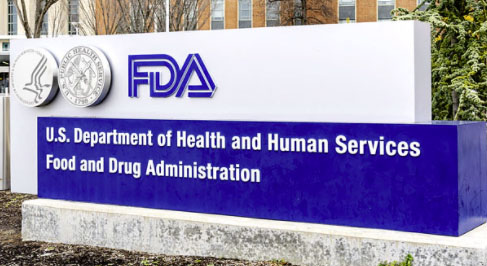 While the FDA is responsible for drug testing of new treatments, as well as how those drugs are marketed, they don’t have any control over the price. This means that the big pharmaceutical companies can charge what they like for the treatments they sell.

While you might think this will lead to lower prices it isn’t necessarily the case, and they don’t do these negotiations for free either. They also help decide which drugs are included in your plan, potentially meaning you don’t have access to the cheapest options.

One of the reasons why the United States pays more for medical treatment than in other developed countries is because of administration costs. The way in which the system works with insurance companies, pharmacy benefit managers, and pharmaceutical companies all needing to negotiate with each other increases costs.

Other countries simply do not require this extra layer of bureaucracy to administer their healthcare systems. Many thousands of people are employed to administer the system in the United States, and the patient ends up paying for this.

Big pharma spends huge amounts of money to make sure the status quo doesn’t change. Directly and through trade organizations they spend hundreds of millions of dollars each year to ensure that business carries on as usual.

This means that there is unlikely to be a change in my prescription charges or additional regulation that prevents such exorbitant costs. Even with motivation in some parts of the legislature, lobbyists know what they need to do and have the financial backing behind them to make sure big pharma gets its way.

Pharmaceutical sales representatives visit doctors and do everything they can within the law to encourage them to prescribe their company’s drugs. While there are laws that are intended to stop substantial gifts from being given to doctors, incentives are provided. Though the type of incentive has changed, it will still encourage doctors to prescribe the pharmaceutical company’s drugs that may not be the cheapest.

Some countries do not allow the advertising of medicines on TV, but it is allowed in the United States. This leads to higher prices as patients will look for the brand names that they know and doctors are more likely to prescribe them.

There is also no motivation to change this situation as TV companies are paid hundreds of millions of dollars each year for this advertising time.

Compared to the way things work in the United States, Canada and European countries have fewer insurance companies. Contrary to what you might expect, more competition doesn’t lower prices for patients. While it does give you more options when you are shopping for health insurance, it does increase the price of medications. 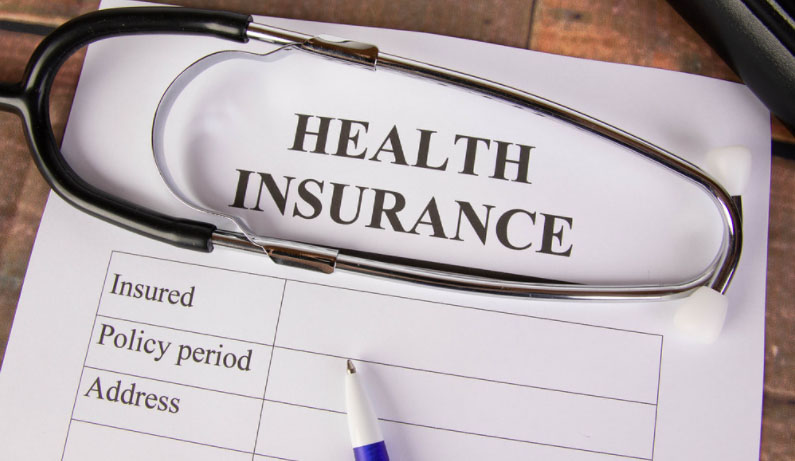 If you have been prescribed medication that you don’t have the budget for, whether it’s just the copays or your insurance won’t cover it, there are some things you can do.

Buying things online has become a feature of everyone’s life and a way to save money on most things we purchase. Medications are not an exception to this with many online pharmacies offering patients better value compared to traditional high street drugstores. 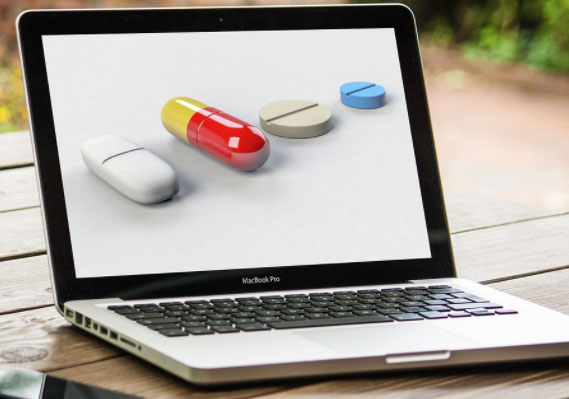 While this seems fantastic, it isn’t completely without its problems. There are many online pharmacies and all too many of them are not reputable.

How can you tell if an online pharmacy is safe to use? While an online drugstore may appear to be professional, it is very easy to get fooled by scammers intent on selling you low-quality medications.

The best way to avoid the scams is to use pharmacy reviews 2021 that will help you steer clear from losing money or potentially doing more harm to your health.

Another great way to reduce your costs is to buy generic medications if they are available. You could save 80% or more on your medical bills just by doing this alone. 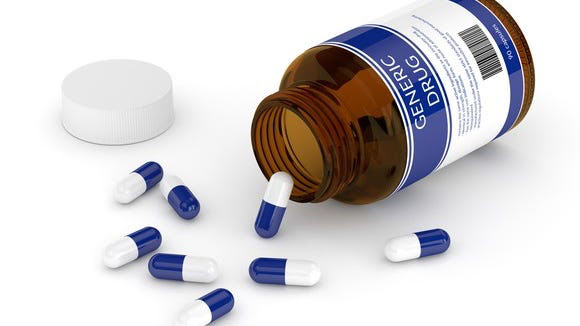 Generic medications normally offer the same health benefits as the brand name pills you may have been prescribed. These drugs are still regulated by the FDA and normally contain the same basic formula as brand medications.

Generic drugs can start being produced once the patent expires after about 20 years. This means that any pharma manufacturer can start producing the pills without the same costs that the original pharmaceutical company paid for the research and development. This ultimately leads to much cheaper medications for the consumer.

Despite these obvious advantages, your doctor may not realize there are cheaper alternatives, or perhaps they may be incentivized to prescribe brand name drugs ahead of cheaper options.

Another method of saving money on your medical bills is the use of discount cards and similar schemes. Sometimes it might actually be the case that’s using your insurance to pay for meds is costing you more than it would be to pay out of pocket. Though your copay might only be $10 or $20 through your insurance, the exact same drugs could only cost you a few dollars if purchased without insurance.

While the cost of medicines in the United States is more of a burden to patients than in many other countries, there are things you can do. One way to cut your costs is to check online pharmacy reviews 2021 so that you get your meds from a cheaper source. Also, find out if there are any suitable generic alternatives that will produce the same results as your prescribed medications.