Everyone wants to get a good deal and the Internet offers many more choices as well as opportunities to save. The cost of medication is one of the many areas where savings can be made online. However, buying medication online does carry some risks with it too. There are thousands of scam pharmacies online, ready to take your money and send you fake or bad-quality drugs. Often these stores are offering drugs of dubious quality from unknown locations.

Pills could be being produced in unsanitary conditions in someone’s spare room or shed. They could be created by someone without a single qualification, let alone expert knowledge of pharmaceutical manufacturing processes. They could be using ingredients in the wrong amounts and binding the pills together with brick dust. The point is, you simply don’t know what risks you are taking when purchasing pills from scam drugstores.

Fake medication can affect all types of treatment. However, the most commonly found fake pills are in the following categories:

While the effects of large scale production of low-quality drugs, like HIV meds, has been most felt in third-world countries, it is a problem that has found its way to every country. For example, it is believed that more than 200,000 people die every year in Africa thanks to fake antimalarial medicine. Third-world countries are most susceptible because of low government control and lack of money. However, criminals have ensured that fake pills are distributed all over the world. 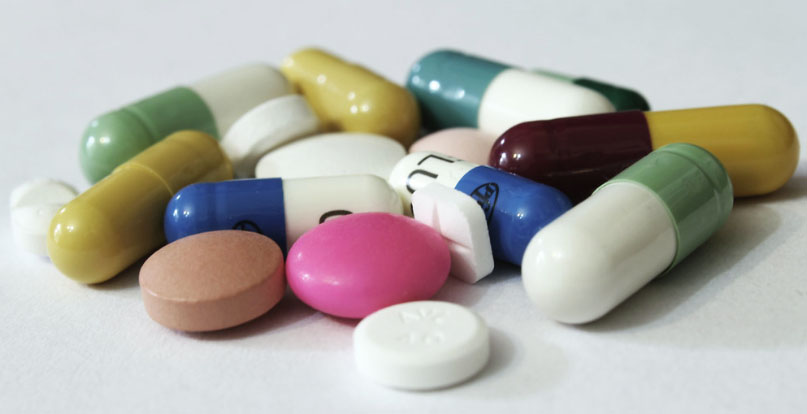 The risks to the people creating these fake pills are low. This has lead to criminal gangs entering the market, enticed by the high profits and low chance of conviction. Fake pills present a lower risk to criminal gangs over their more traditional enterprises like illegal drugs.

Fake, bad-quality and counterfeit medication is a problem that shouldn’t be taken lightly. The effects they could have on your body could be very serious indeed; worsening health conditions, increasing the amount of time required to recover from an illness and it could even be fatal.

We will now take a look at some of the potential problems you could encounter and how best to deal with them.

Most medicines carry some potential adverse side effects with their use. While these are normally considered to be low risk, they can occasionally be serious. The pills you have bought should contain an information sheet that details the side effects if there isn’t such information contained in the packet check a reputable site online. 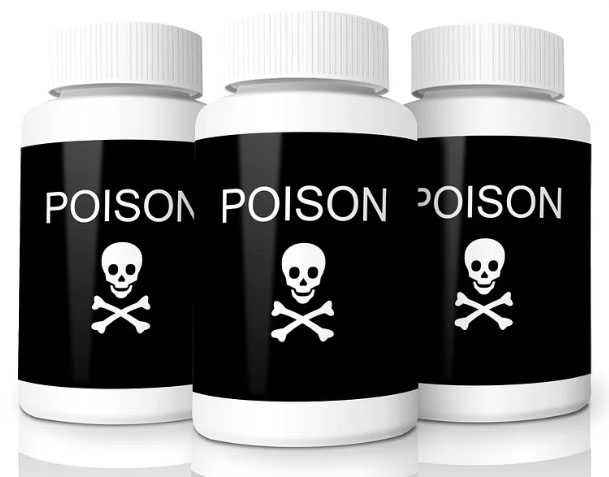 Common side effects of many drugs include nausea, headaches and dizziness. If you experience these symptoms or others in anything other than mild forms, you should seek medical advice. A pharmacist should be able to advise you whether what you are experiencing is more severe than expected. A doctor will also be able to provide advice in these situations if you are becoming more unwell.

You should pay particular attention to the problem if your side effect is not included on the information sheet. This could indicate that the pills you are relying on aren’t what they claim to be. It is common to find the wrong active ingredients in fake pills, or when they do have the correct ingredient it may not be in the right amount. This will often lead to unexpected side effects which could give you an indication that the drugs you are relying on are bad.

If you are taking drugs to cure a specific problem, fake pills could fail to help. What is more, you could go for many months taking the low-quality drugs only to find that your disease has progressed further, doing more harm to your body.

The ramifications of this could lead to more severe or drastic treatments becoming necessary. You may have to undergo surgery or you could find yourself in a situation where nothing more can be done. The risks of relying on fake could end your life. The savings you made on buying your drugs from a scam pharmacy won’t look very good then. 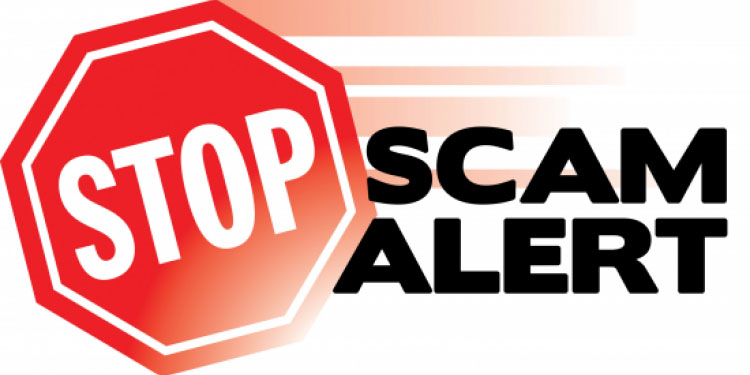 If you are suspicious of the drugs you are using to cure a condition, pay close attention to the effects they are having and if they are making things better. If things aren’t clearing up as expected it could be because there isn’t the correct or right amount of active ingredients contained in the pills.

Some fake drugs will contain active ingredients that will help alleviate the symptoms of your illness while not actually combating the disease. A pill could contain paracetamol, for example, which may reduce some of the problems while not actually tackling the underlying condition.

The prevalence of fake pills is likely to be behind the failure of many treatment courses. Though often it is a problem that remains hidden and will not be found to be the reason behind the worsening condition of the patient.

The problem of drug-resistant bacteria is a major looming healthcare crisis. Bacteria is able to adapt and evolve faster than new antibiotics can be developed,

If you purchase low-quality antibiotics that contain a smaller amount of active ingredients than they should, not only will you not be cured, but you will aid in the bacteria’s ability to adapt to the antibiotic. You are not only harming yourself but everybody else on the planet as well.

Drug-resistant bacteria have made many conditions harder to treat, requiring longer and more frequent hospital stays as well as more people dying. Illnesses like pneumonia and tuberculosis are becoming harder to treat as a result of less effective antibiotics.

There have been a number of prominent cases of people being poisoned by fake medication. There was the incident in Panama where a Chinese chemical company sold the active ingredient in antifreeze as a pharmaceutical product. This was sold to a European drug manufacturer who used it to make a cough syrup. People who were unfortunate to consume cough syrup suffered acute kidney failure.

The death toll was confirmed to have reached 219, but since there were many thousands of bottles of cough syrup and some other products involved, this is assumed to have been the tip of the iceberg.

It is only the really big cases that make it to the news, however. There will be many people that are poisoned by the meds they ordered online but since only one case like this will show up in a particular jurisdiction, the real scale of the problem will go unknown.

If your pills contain toxic ingredients you may not be able to recognize a problem before it is too late. Check what the information sheet tells you about side effects and if you start to experience something different it may be time for a trip to the emergency room.

What to Do If You Think You’ve Purchased Fake Meds?

If you have bought pills from a supplier you weren’t completely sure about, you are better off not trying the drugs. When you have started to take the pills and something didn’t seem right about the drugs, the first thing to do is stop taking them. It is far better to waste some money and throw the pills away, rather than take a risk with your health. 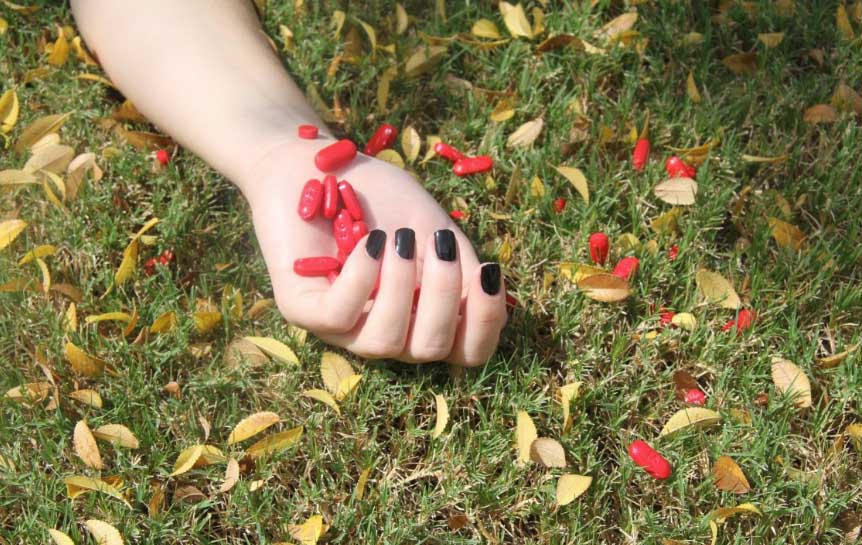 If you are concerned, it is possible to have the pills tested, though this is likely to be an expensive option. Instead, you will need to look to purchase more pills, only this time from a reputable pharmacy.

When you have had an unexpected reaction to the drugs, medical assistance should be sought to make sure you don’t do any further damage to your health. If you need to visit the emergency room because of the drugs, remember to bring the pills with you. It could help the doctors uncover what is causing your issues and they may be able to run some tests on the fake pills.

How to Avoid Fake Pills?

It can often be difficult to tell fake pills from genuine generic or brand drugs. They are created to deceive patients so the packaging may appear to have all the correct logos, seals, documentation and holograms. But despite everything looking correct to you, they can still be dangerous fakes.

As we have shown, it really isn’t worth the risk of receiving fake medication when your health is at stake. It certainly is possible to buy medication that is safe and at a reasonable cost. You need to be more discerning about the drugs you buy so you can avoid the scammers.

It basically comes down to where you purchase the pills from. Though there have been cases of counterfeit drugs entering the supply chains of even the most highly respected and well-known pharmacy chains, they are likely to be a safe bet.

To sum up, you should remember good pills won’t be the cheapest and there are many reputable online pharmacies as well, you just need to do a little research to make sure you are dealing with a reliable source of medication.