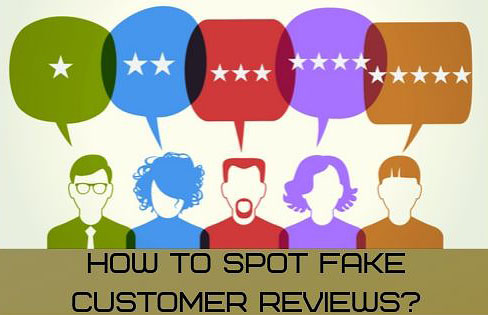 People love to read online reviews before committing to making a purchase with a new business. The reasons for this are understandable, people don’t want to get scammed. However, it is all too common to find lots of highly positive customer testimonials on even the most dubious-looking sites.

The problem of fake customer testimonials is a large one, and anyone who is looking to buy meds online needs to be able to distinguish the genuine from the fake. We have a great deal of experience in reading customer testimonials and are let you in on the secrets to avoid being taken in by the fake feedback.

They do it ultimately because it works. It works on a number of levels and improves the profitability of drugstores in the process.

It is well-known in marketing that testimonials work to help potential customers be more confident in their purchasing decisions. This is because of a phenomenon called social proof. 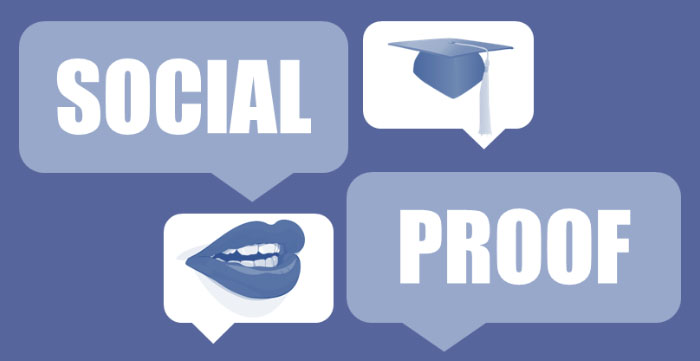 Social proof is when you can see that other people have already made the decision you are looking to make and with success. These other customers came to the pharmacy site, just like you have, and took the decision to purchase. This gives you, on some level, an indication of what you should do if you are in doubt about the purchase.

It reassures you that things will go well and you won’t end up getting ripped off. It is understandable, therefore, that so many people rely on customer testimonials to help with their buying decisions. Research indicates that over 70% of US consumers check customer feedback before they make a purchase.

There are many ways we use to uncover these fake reviews. Our years of experience into looking at these scam pharmacies has allowed us to see through the lies and deception. We will share with you some of the secrets to avoid being taken in by fake feedback.

Someone who owns a pharmacy site and is writing fake comments has a different agenda from someone who is just providing feedback to a store. This difference is noticeable in the way in which testimonials are written. Normal people aren’t looking to promote the business to other customers and they won’t write in an over the top manner about their experience.

These fake comments not only use language which is trying to encourage more people to shop with the store, but it is also a good example of the same writing style being used in testimonials which are supposed to be from different people.

Often the writing style used in the comments betrays the feedback as fake. For example, it is often possible to tell when the person writing the words doesn’t have English as a first language. If they have an anglicized name and give their location as an English speaking country, you would expect them to have English as a first language. If there is a contradiction it could indicate that the reviews are faked.

It is also often possible to tell that the same person has written all of the comments. Similar phrases and terminology may be used between comments. Perhaps there is a similarity in the way they have used punctuation or a particular mistake is repeated in multiple testimonials. These are things which wouldn’t normally happen in genuine feedback and indicates that the comments are the work of the same person.

Scam online pharmacies frequently like to pretend that they have been in business for a very long time. They may say that they have been successfully supplying pills to customers for 7, 10 or 12 years, a check in the domain name records normally shows this up to be the lie that it is, however.

To make their claim that they have been in business for many years seem more believable, the feedback is sometimes dated incorrectly. When we’ve been writing pharmacy reviews 2019, it is common to find testimonials which claim to have been posted to the pharmacy, in say 2015. But in fact, the domain name was only registered in 2019 as was the case with these comments.

The rip off merchants which do this believe they will go undetected since most people wouldn’t know how to check when a website was created.

Even when the comments were created when the store existed, there could still be a problem. Were the testimonials written on the same day? If so, the chances that they were written by the same person are very high. Look for patterns in the dates the comments were posted, does it seem reasonable or is something strange going on?

How long the online drugstore has been in business is another way to root out fake testimonials. It is actually quite difficult for a business to acquire a large amount of great customer feedback. So if a pharmacy, which has only been online for a year or less, has hundreds of happy customer comments, this is extremely unlikely to be genuine. 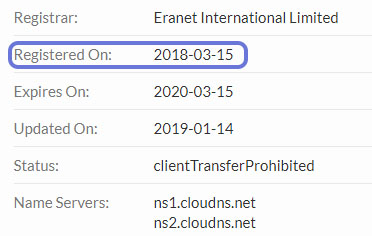 It is possible for a pharmacy to gain a lot of positive customer comments in a short time, but this normally only happens with very well funded and marketed startups. It would also mean that the drugstore will have had to successfully serve a large number of customers since most people don’t leave feedback.

However, normally if a store has 30+ positive comments, they can only be genuine for a business with many years of operation behind them. 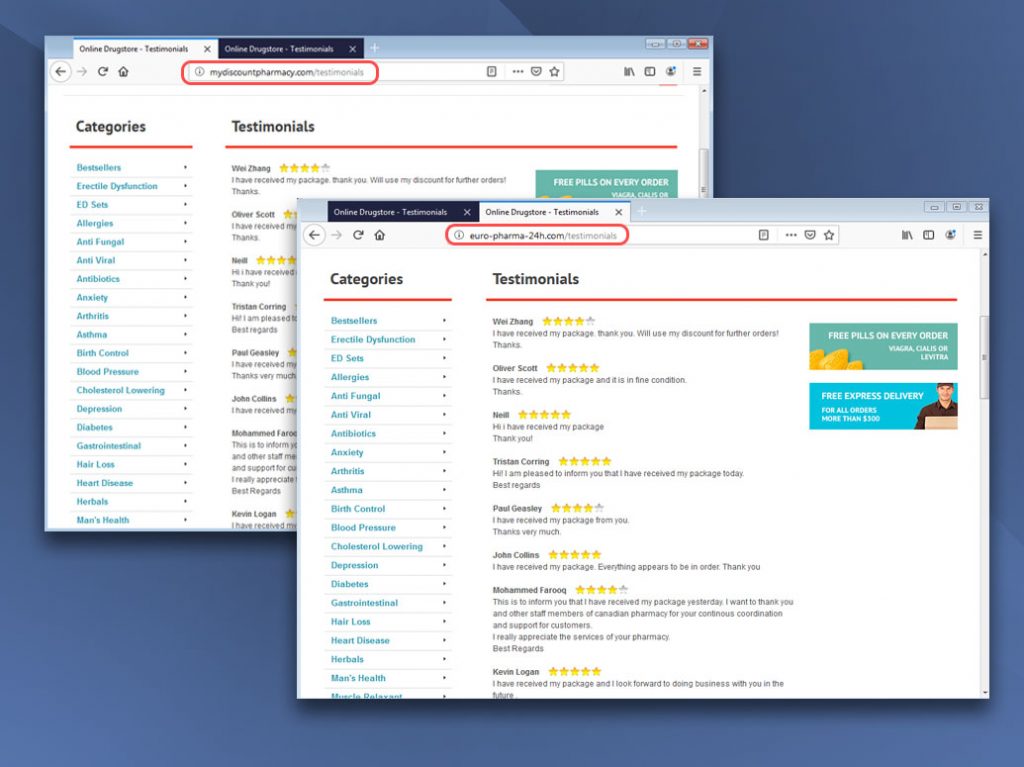 Many of the less reputable online pharmacies are actually mirror sites which have been uploaded to using many different domain names. These mirror sites contain the same content, the testimonial pages included.

For example, these comments can be found on many different mirror websites. A search using a section of the comment from Samuel shows this same feedback is found on another 400 websites.

Searching using speech marks gives you exact match results only. Checking through the results shows that Samuel from Irish France (not a real place, by the way) has been very busy purchasing pills from hundreds of pharmacy stores then posting the same feedback. Either that or the testimonials are completely fake.

When it comes to feedback more is normally seen as better. With research showing that potential customers need to see, on average, 40 online reviews before they will believe the rating fully there is a benefit to encouraging your customers to leave a comment.

This has led to many businesses pushing their customers to leave reviews and sometimes they create incentives to help this. While this isn’t the creation of fake reviews, exactly, it can portray a pharmacy in a more positive light than it otherwise would. They may encourage reviews using discount codes for future sales or prize draws. 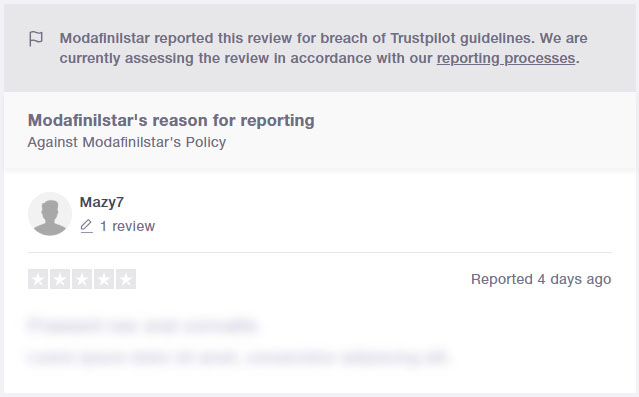 You would expect independent sites to be a more impartial place to find customer feedback on your chosen online pharmacy. It certainly has the advantage of the owner of the pharmacy not being able to filter the comments and removing the negative. Or at least that’s what you would expect, unfortunately, this isn’t always the case.

For example, on Trustpilot, it is possible for business owners to have comments removed if they make the claim against it that the comment is false. They can say that the reviewer was never a customer of theirs or give some other reason and the comment will be hidden pending removal. 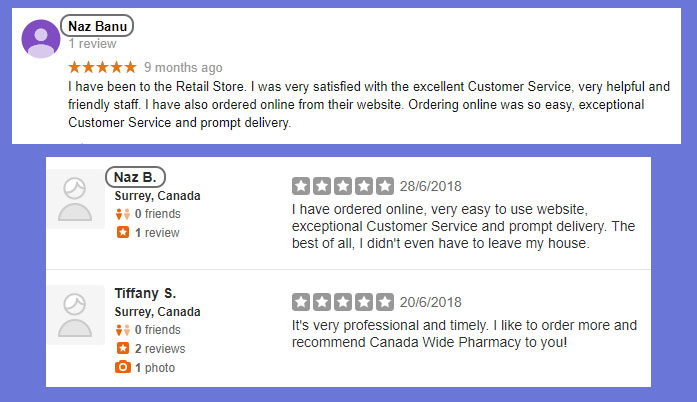 It is also very easy to create multiple profiles on these sites to create fake reviews. It doesn’t happen that often but we have seen it on a few occasions.

Take this example of a member of staff from a Canadian pharmacy posting to several different independent sites.

This name also appeared on the pharmacy site telling us that she was a member of staff for the business. These fake testimonials were seemingly posted on the same day and because of the unusual name, there is no doubt they aren’t genuine. 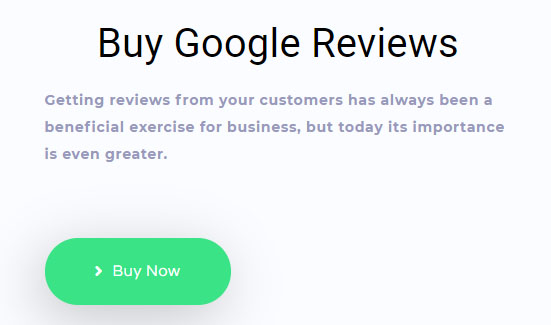 On these independent sites, it is often worth checking the profiles closely if you are suspicious. For example, if this is the only review they have posted to the site and most or all of the profiles are like that, that could be a problem.

We have seen some scammers go further when creating profiles on these independent sites. At first glance, these profiles will seem genuine, only on closer inspection are the patterns obvious. 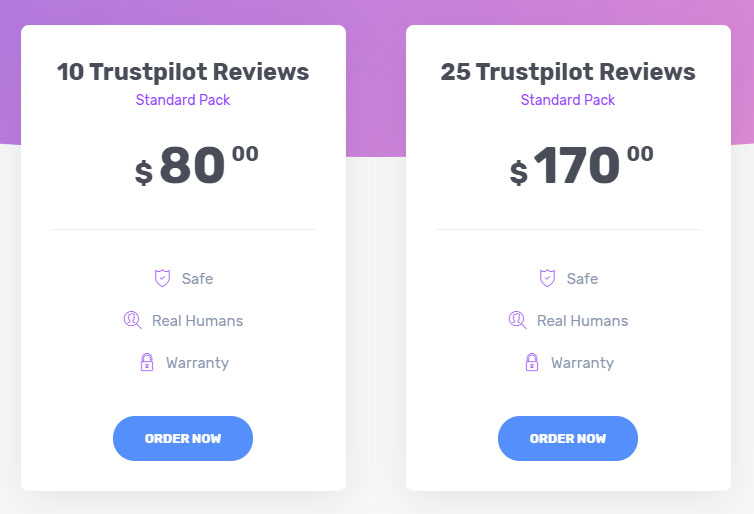 These sort of fake profiles will have posted testimonials for other random businesses, but the pattern to look for is when they were posted.

If they have created five or six testimonials on the same day before writing the feedback for the pharmacy, that is a red flag. It is actually possible to hire people to create these fake profiles and comments.

There are dedicated businesses which offer fake testimonial services, as well as posters on freelance websites.

As you can see there are many things to look out for when you read through customer reviews. Independent review sites are a better place to find genuine feedback that testimonial pages within the pharmacy site, but they aren’t without their problems too. A whole industry has been created with the sole purpose of misleading customers and giving them a false impression of how reliable online businesses are.

Don’t let yourself be fooled by the scam artists, look out for the clues to indicate fake customer testimonials.